I put a bird on it

Earlier this fall I watched a clip from a workshop done by a potter named Chandra DeBuse. I fell in love with what she was doing and had to try making some pieces myself. There is another potter, Amy Higgason, whose work I admire & have wanted to try some of her techniques. So after the joyous occasion of school starting (really just kidding there, I would like it to be summer & playtime most of the year) I had a little time to venture back into the studio & see how much my clay missed me. Well, I guess my clay didn't miss me but I sure missed it! 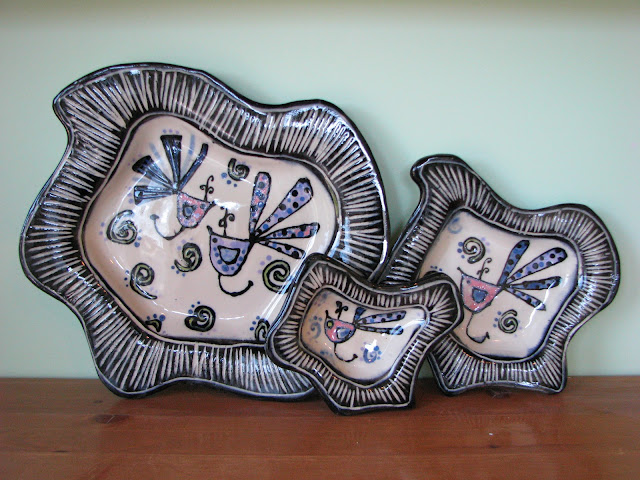 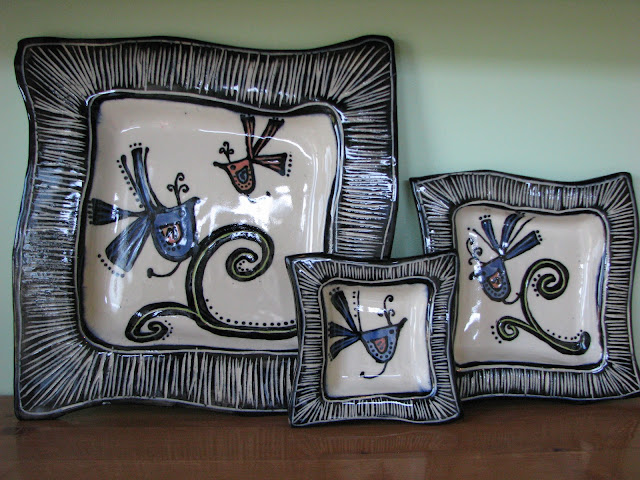 One of the funnest aspects of these plates for me is the type of glaze I used on them. When I was in college 20 years ago (that just made me feel old!) I bought a set of underglazes at a clay convention I went to in San Diego. It was such a huge deal for me to go. And an even bigger deal for me to purchase anything while I was there. Brian was in med school, I was a full time student and finances were super tight. Anyway I splurged and bought these small containers of glaze, felt a bit guilty about it and then used them for some of my work at school. When Brian finished school & we moved for residency I put all my clay stuff in storage until the day I could do pottery again.  It took awhile for that day to get here. 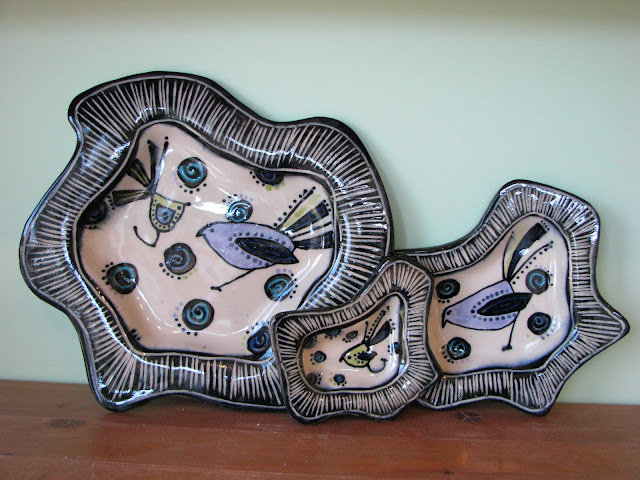 When I started working in my studio a few years ago I looked at my little bottles of underglaze and saw that they were all dried out. I put them in a cupboard and kind of forgot about them. While forming these plates and thinking about what type of decoration I'd do on the surface I remembered my underglazes. They were still in the cupboard all dried out. I added water, waited, stirred & tried them out. Much to my surprise they worked! I quickly made more plates to try them again. I'm pretty pleased with the results!
Posted by Denice at 9:14 PM

Denice, I LOVE the littlest square plate. Is it for sale? I would love to buy it if so.
Connie Cantrell

Denice,
these are WONDERFUL! I love the character that you added to them. Great story about the glazes too.
Kim

Love them! U are so talented! I want some.