Mt. Olympus. Have you hiked it? Before yesterday, Brian and I have had 2 different experiences on that mountain. The first one was 20ish years ago when Brian, our friend Jason, and I climbed (with ropes and gear) the north face. I didn't really take part in planning the day, I just went for fun. It was fun. We started early in the morning so it wouldn't be too hot. We dropped one car off at the bottom of the hiking trail and drove another car to the neighborhood where we started our climb. I was still new to climbing and it was a little slow going but that didn't matter. We weren't in a rush and it was beautiful! We figured we be super quick hiking down the trail. When we finally climbed up to the ridge we realized that the trail was not right next to where we were. It was on the other side of the other peak. Oops. We then had to bushwack through the gully between the peaks in hopes of finding the trail. It was getting late, I was nervous but Brian and Jason seemed to think everything was fine. The sun started to set and it started getting dark before Brian kind of stumbled onto the trail. At one point on the way down, I think before we reached the trail, Jason was leading, then me, followed by Brian. Jason kind of jumped down a small ledge, I jumped right after him and then Brian called out for us to turn around and look at what we had jumped over. Rattlesnake, coiled and still. I think I ran the rest of the way down. We made it to the car by 10:00pm. 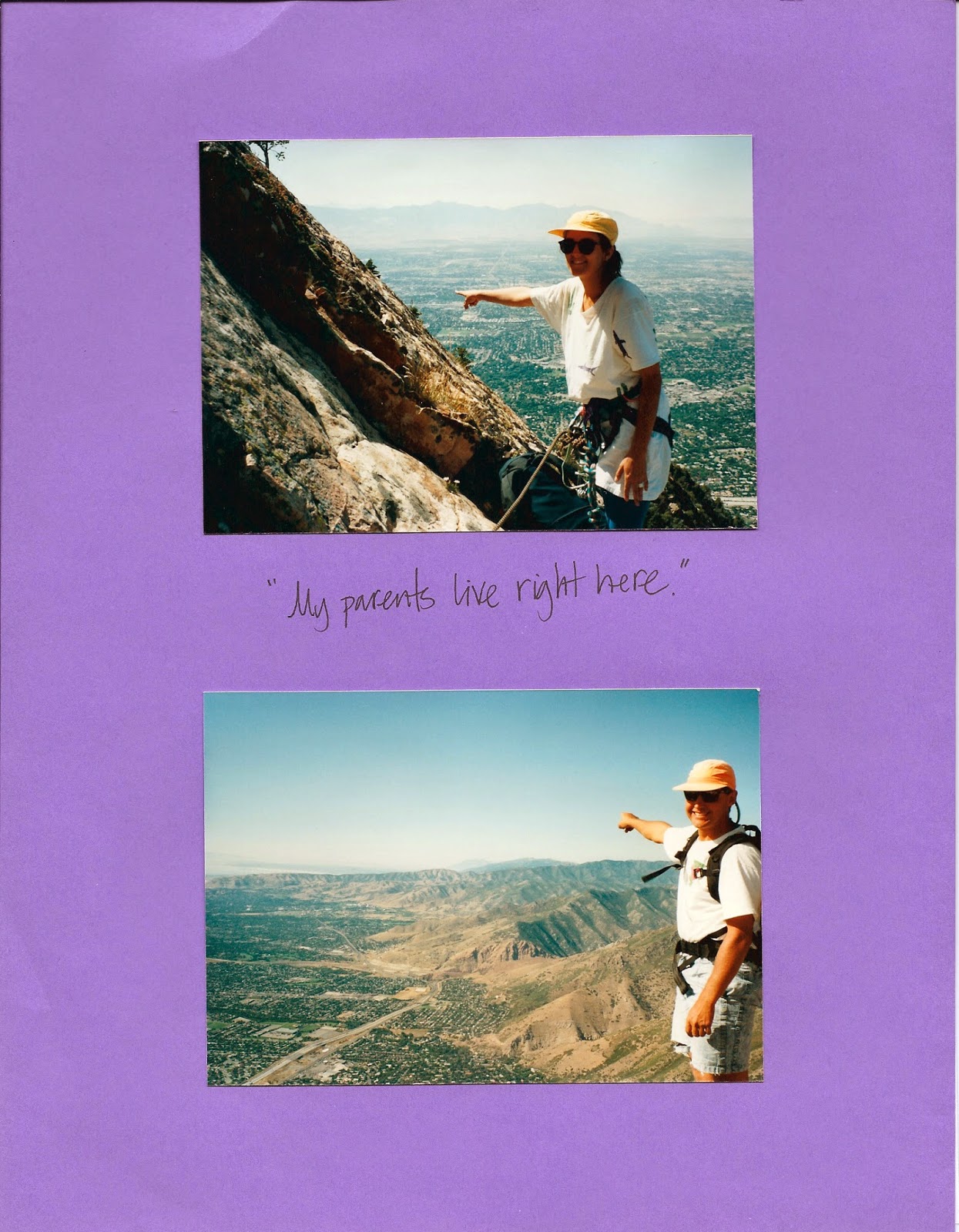 The 2nd time we attempted Mt. Olympus was 4-5 years ago. The girls were in school and we raced up as fast as we could. We got to the saddle and thought we would pass out so we turned around and hiked back down. It was a nice day but we should not have moved quite as quickly as we did.

(I'm having trouble finding pictures of this hike, just pretend there is a cute one of Brian and me here.)


Earlier this month I checked the calendar and saw that Brian would be home on Memorial day. The Mt. Olympus hike was something we wanted to do with the girls but we weren't sure when we'd be able to fit it in before summer and 100 degree weather hit. There were not many weekend days that Brian had off that we could do something together as a family so I quickly made sure that all the girls knew they were hanging out with us and going on a long hike. They were all good with it so we were set. The day before we went Brian and I were invited to go mountain biking on Memorial day and I have to admit that I wanted to that instead of hiking. I justified it with Brian by saying we could go with our friends and then come home and take the girls for a ride too. The girls were having none of that. They all wanted to do the hike. Brian read the description out of the guide book that told how steep the hike was and that it should take 5 to 7 hours to do. They were not swayed, I was out voted. Yay for the girls! I have to say my eyes kind of fill with tears when I think that they willing chose to spend that much time hiking as a family. (I think we're all going to struggle a bit when Sam leaves.) 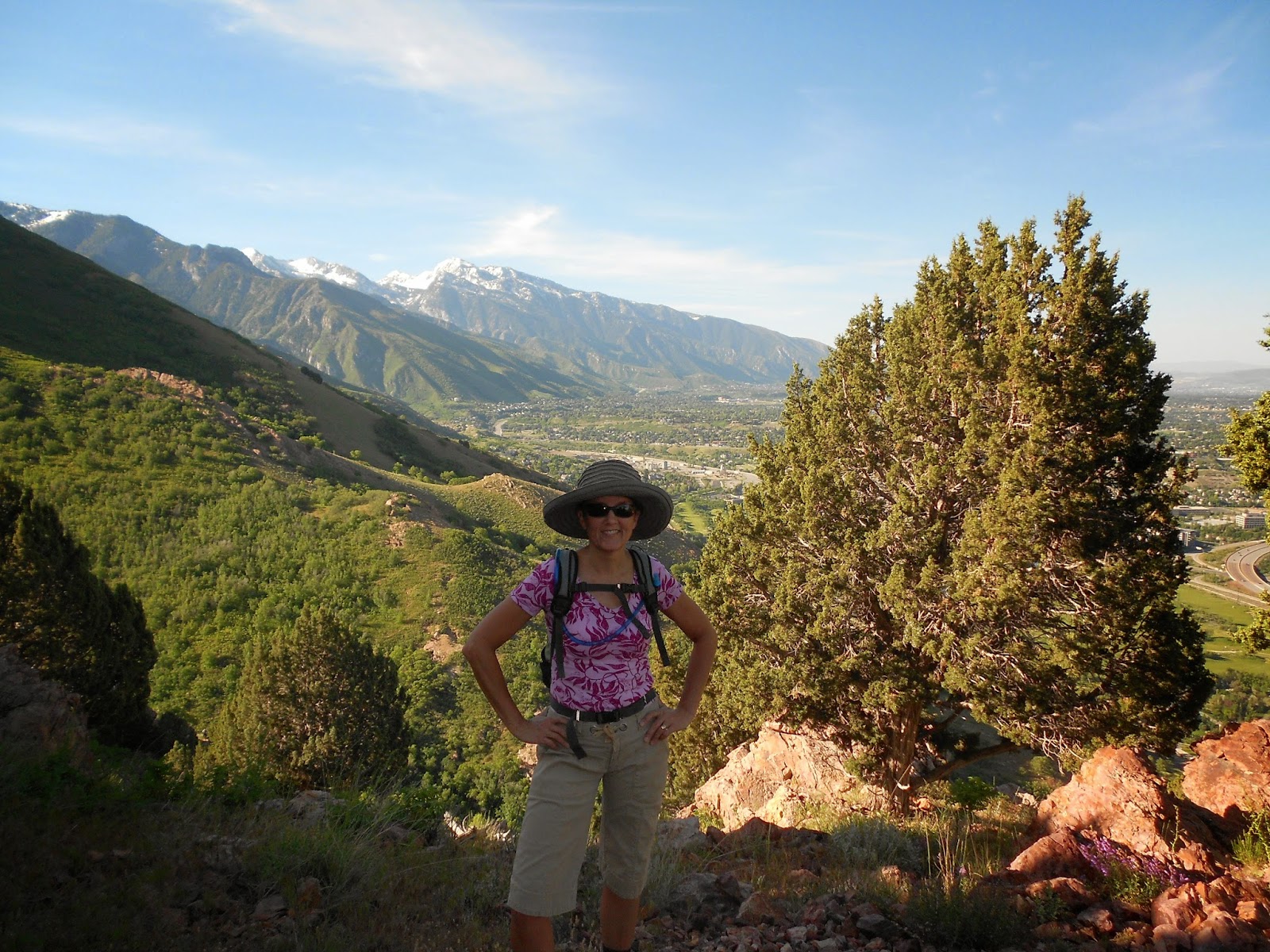 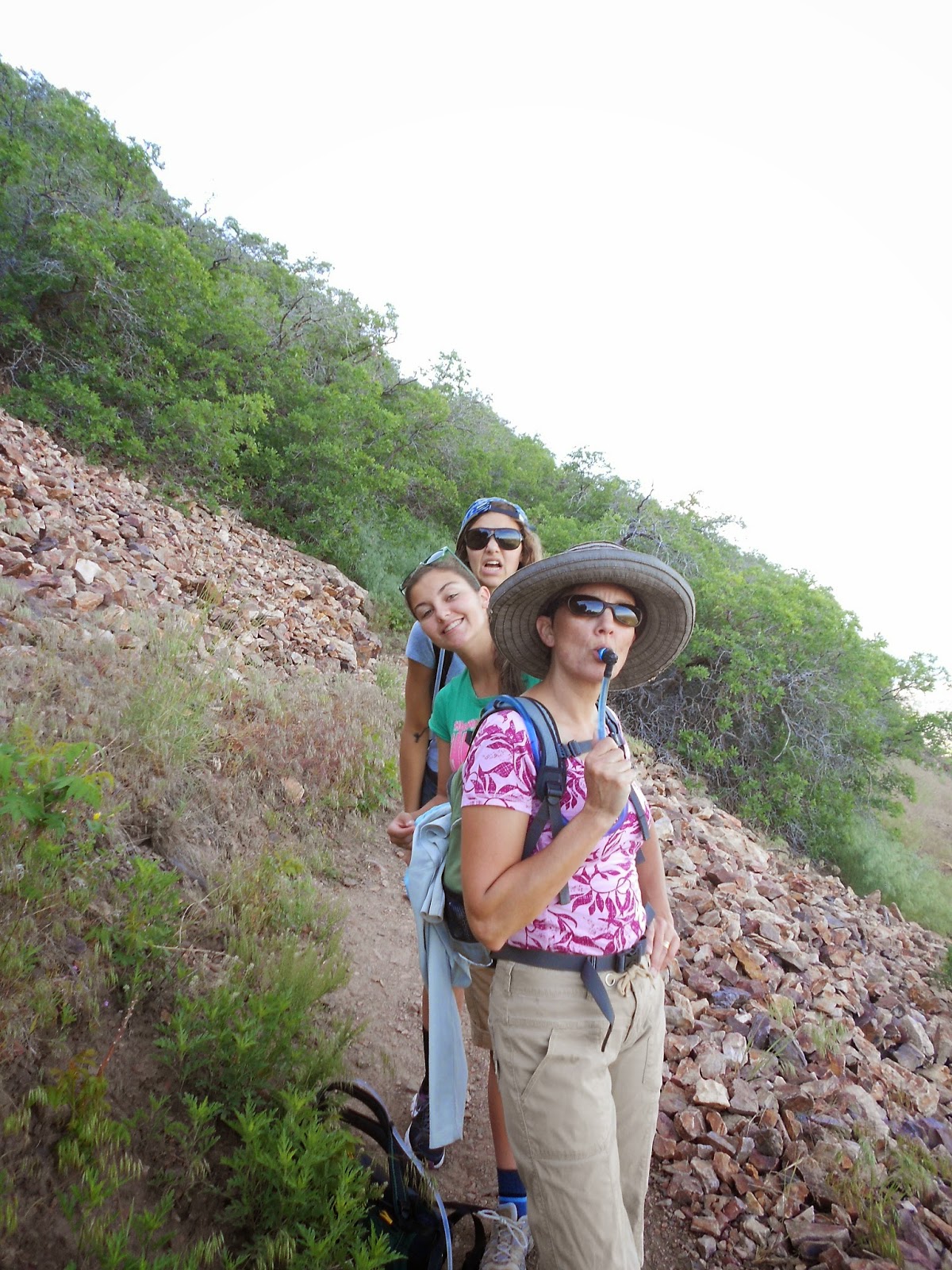 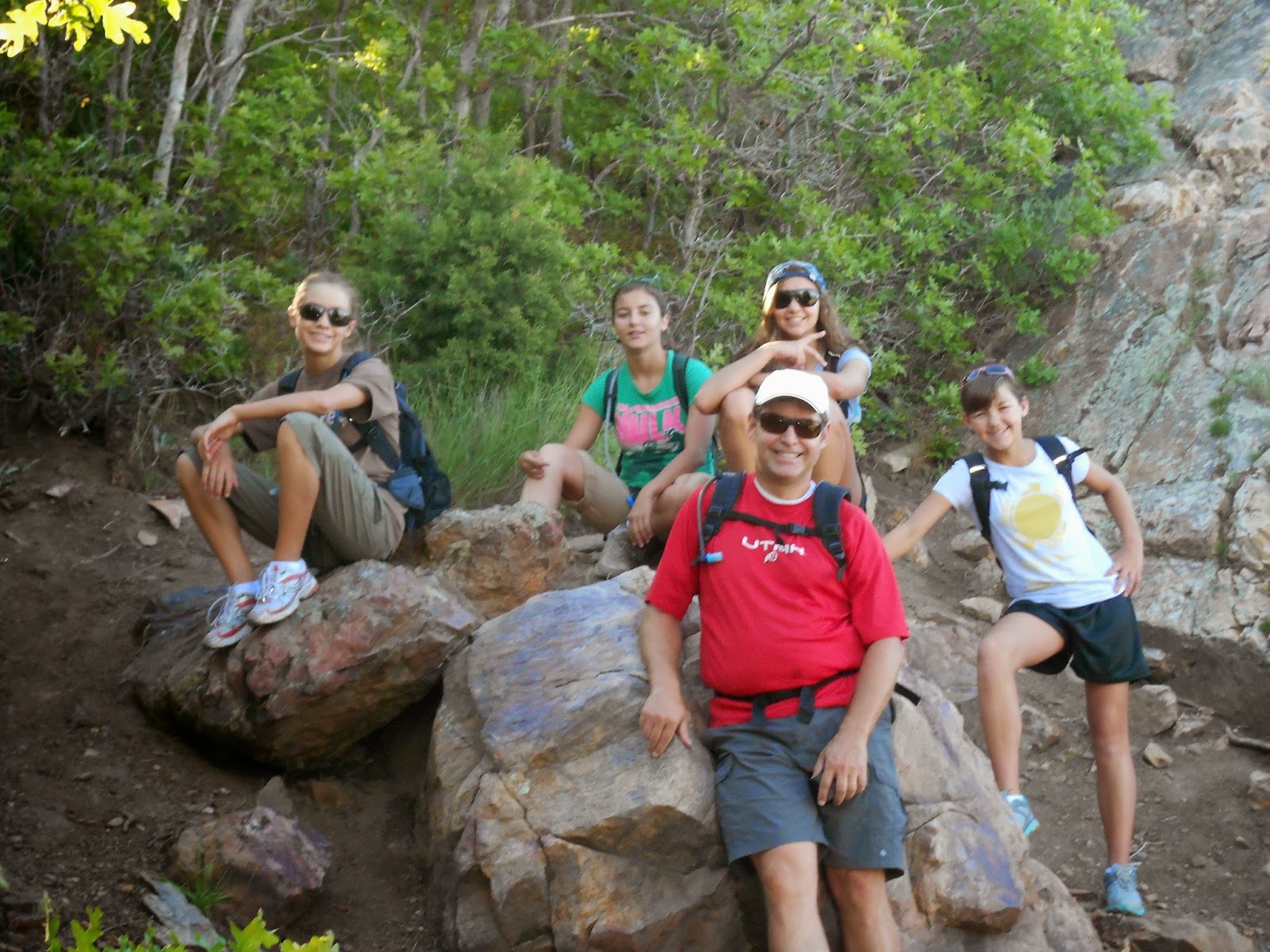 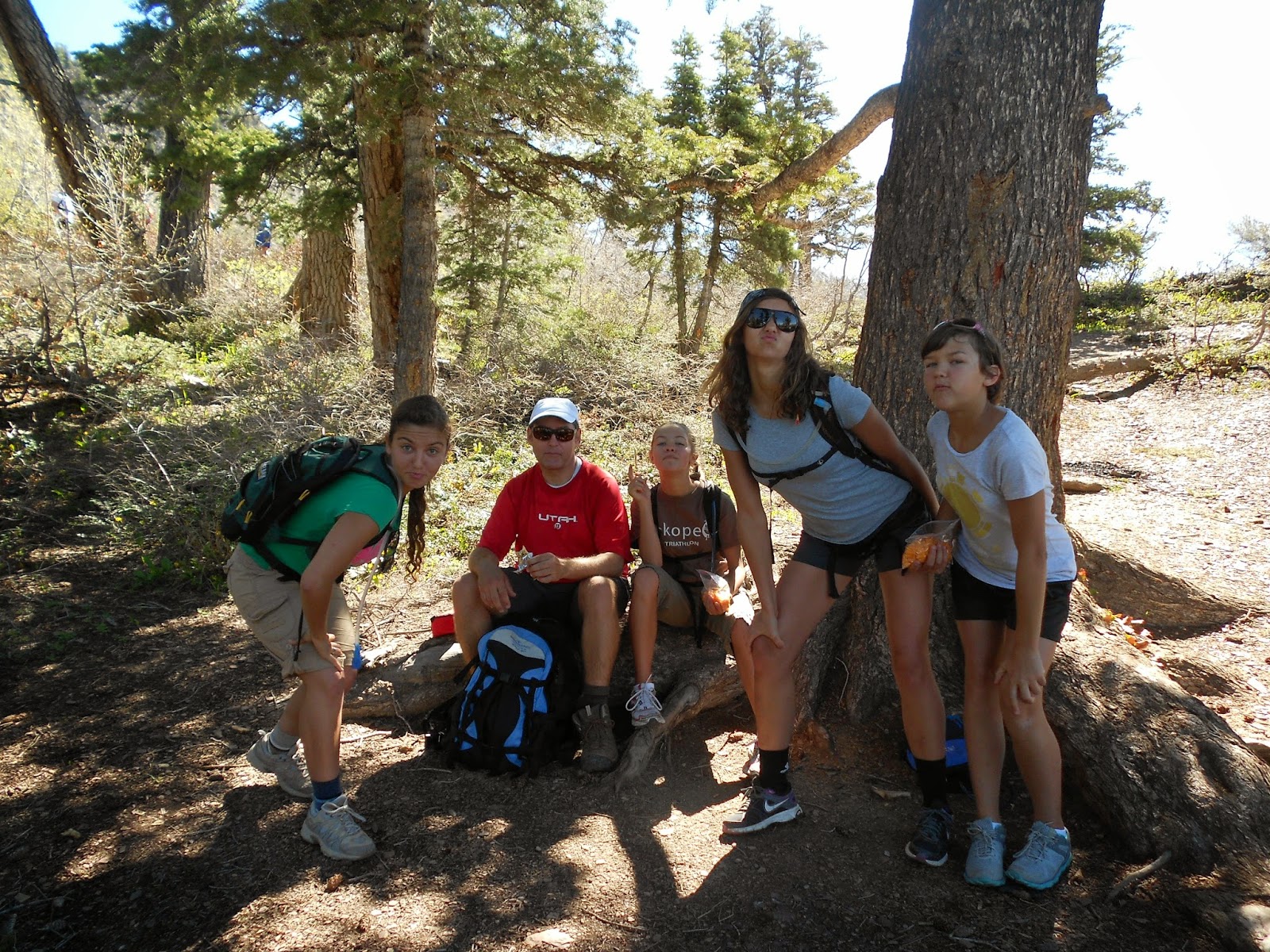 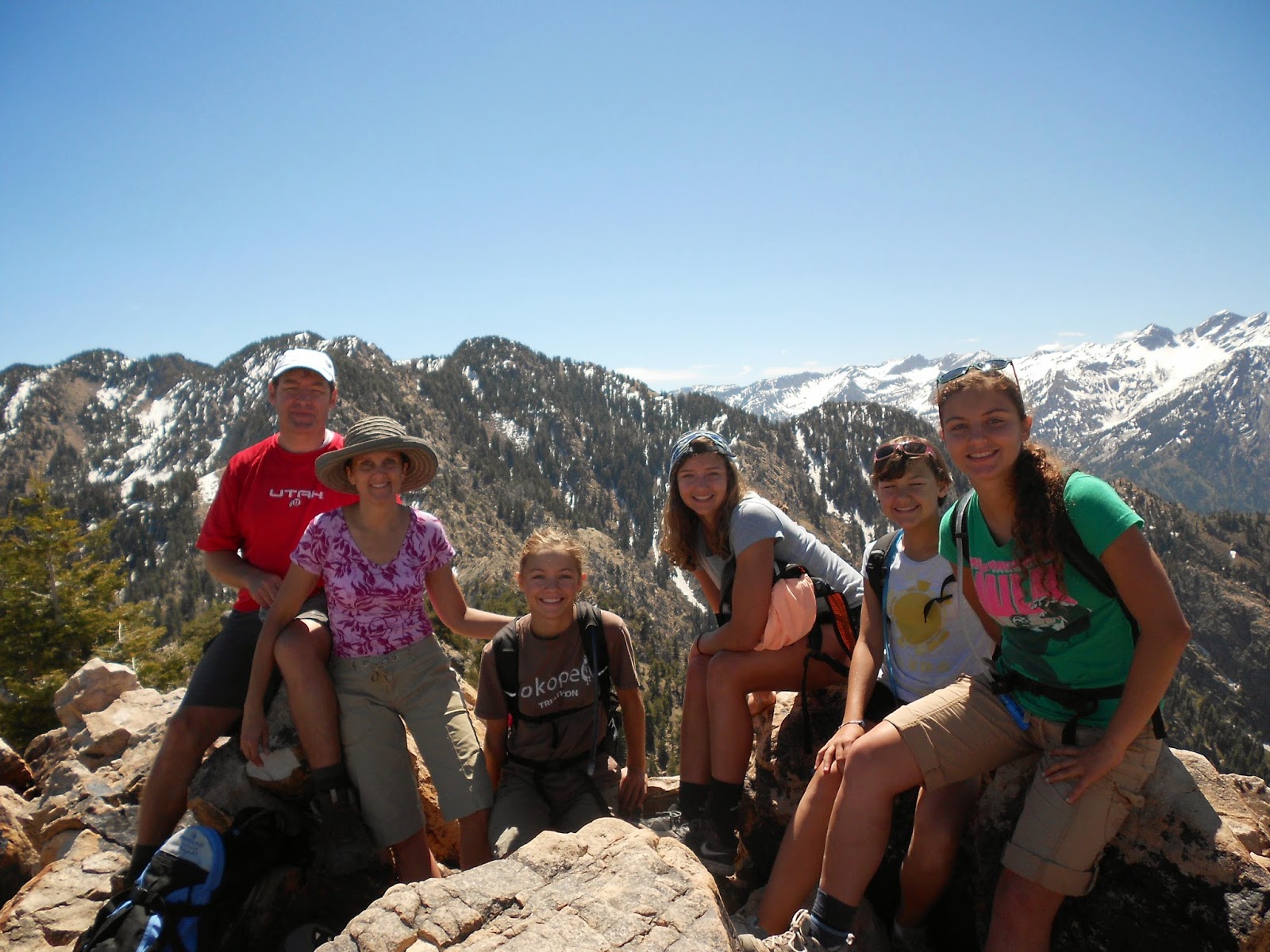 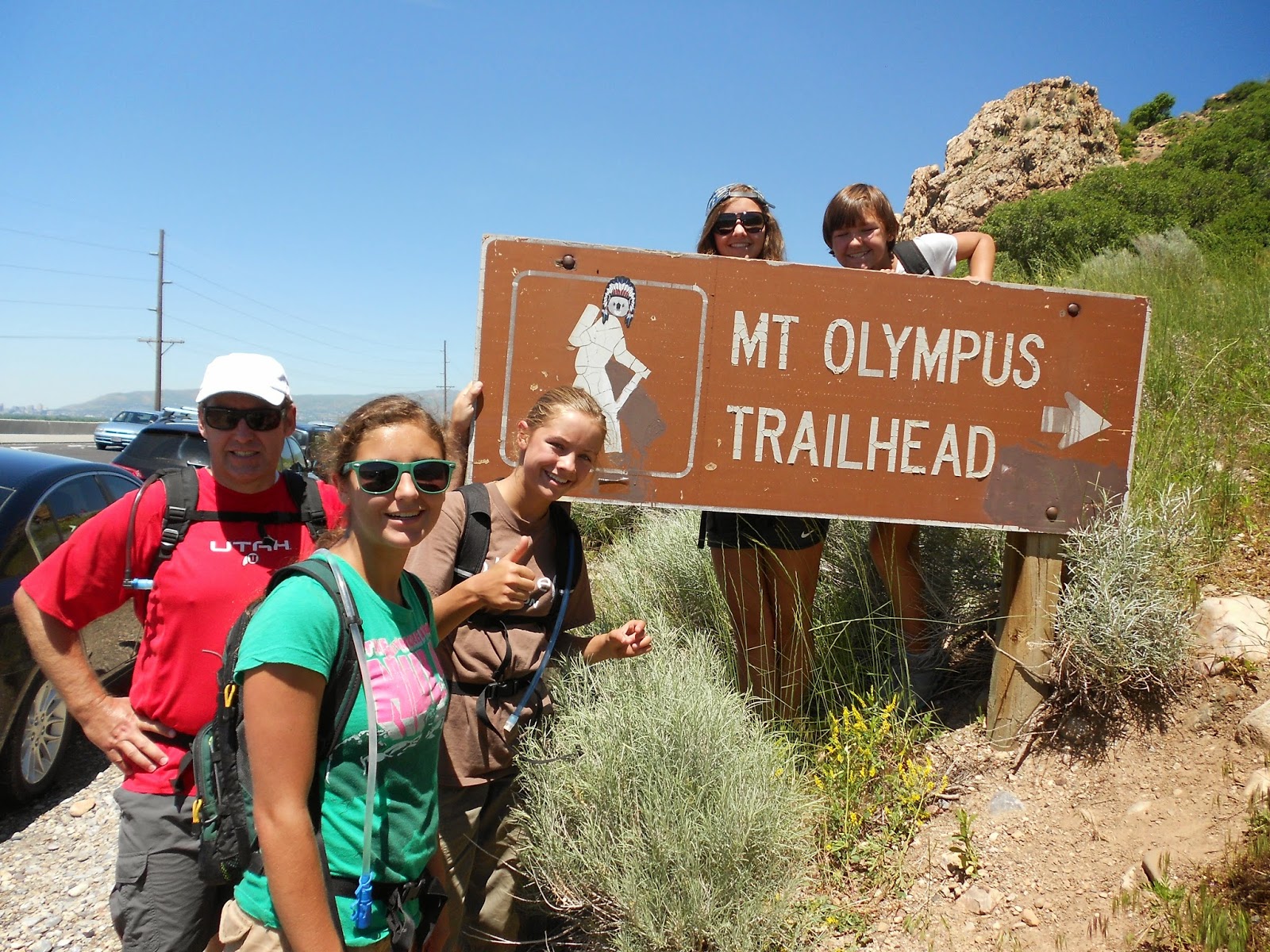 The weather was perfect, the girls were troopers, Julia was a super strong hiker (what happened to the girl who hiked by me the whole time?), we ran into a friend on the peak, there were no ipods but plenty of songs, and we are all gimping around today - no one enjoys standing up after sitting for awhile. Overall an excellent day.
Posted by Denice at 8:46 PM