It really is Grand!

A few days after graduation and school letting out we took off for a great summer adventure, a 1500 mile road trip with our friends, the Browns. 2 nights at the south rim of the Grand Canyon, 1 night at the north rim, and 3 nights in Brian Head. We were able to listen to 2 books on CD on the really long stretches and we switched up kids for the shorter sections of driving which led to 1500 miles of happy driving. 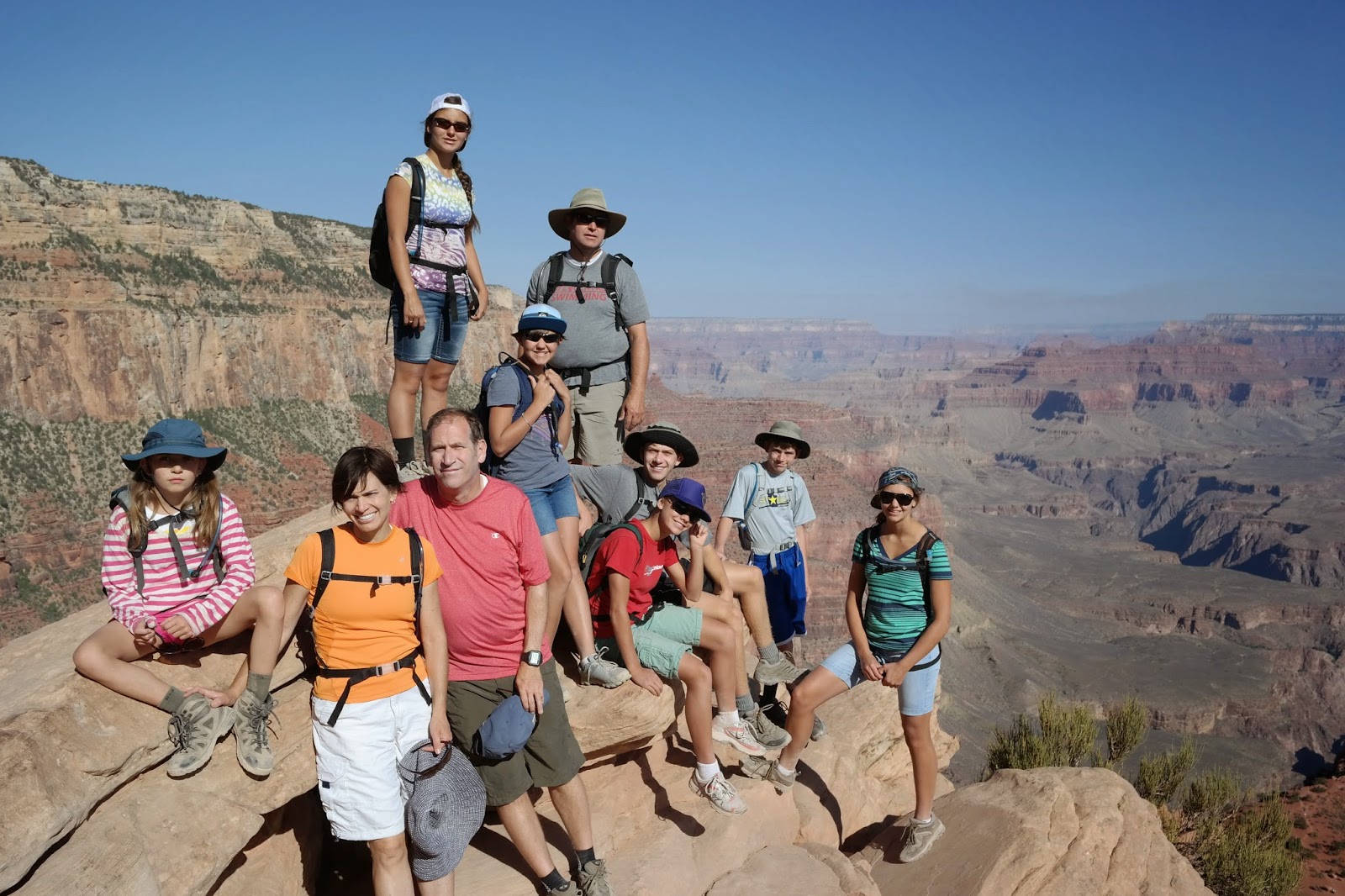 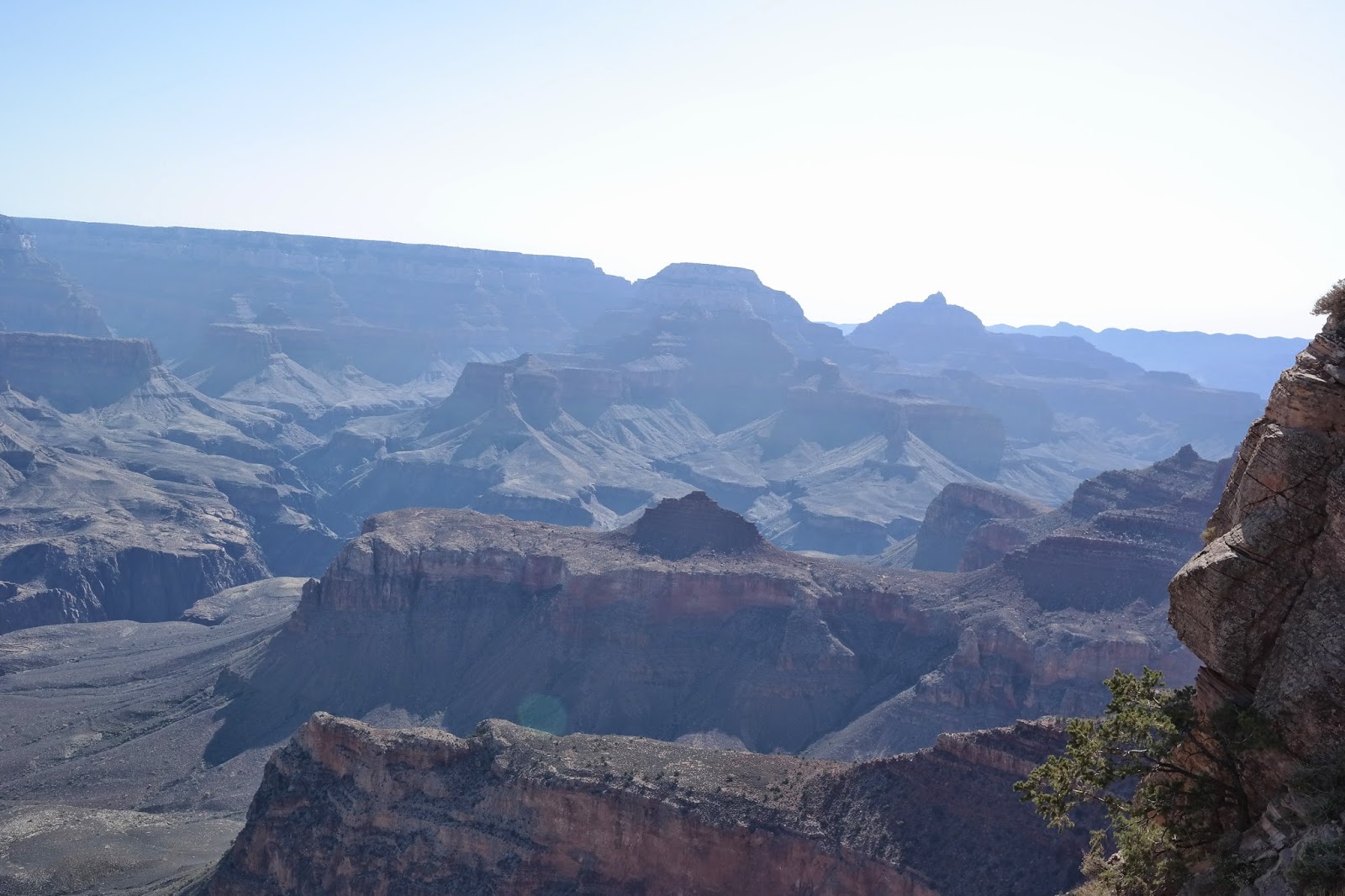 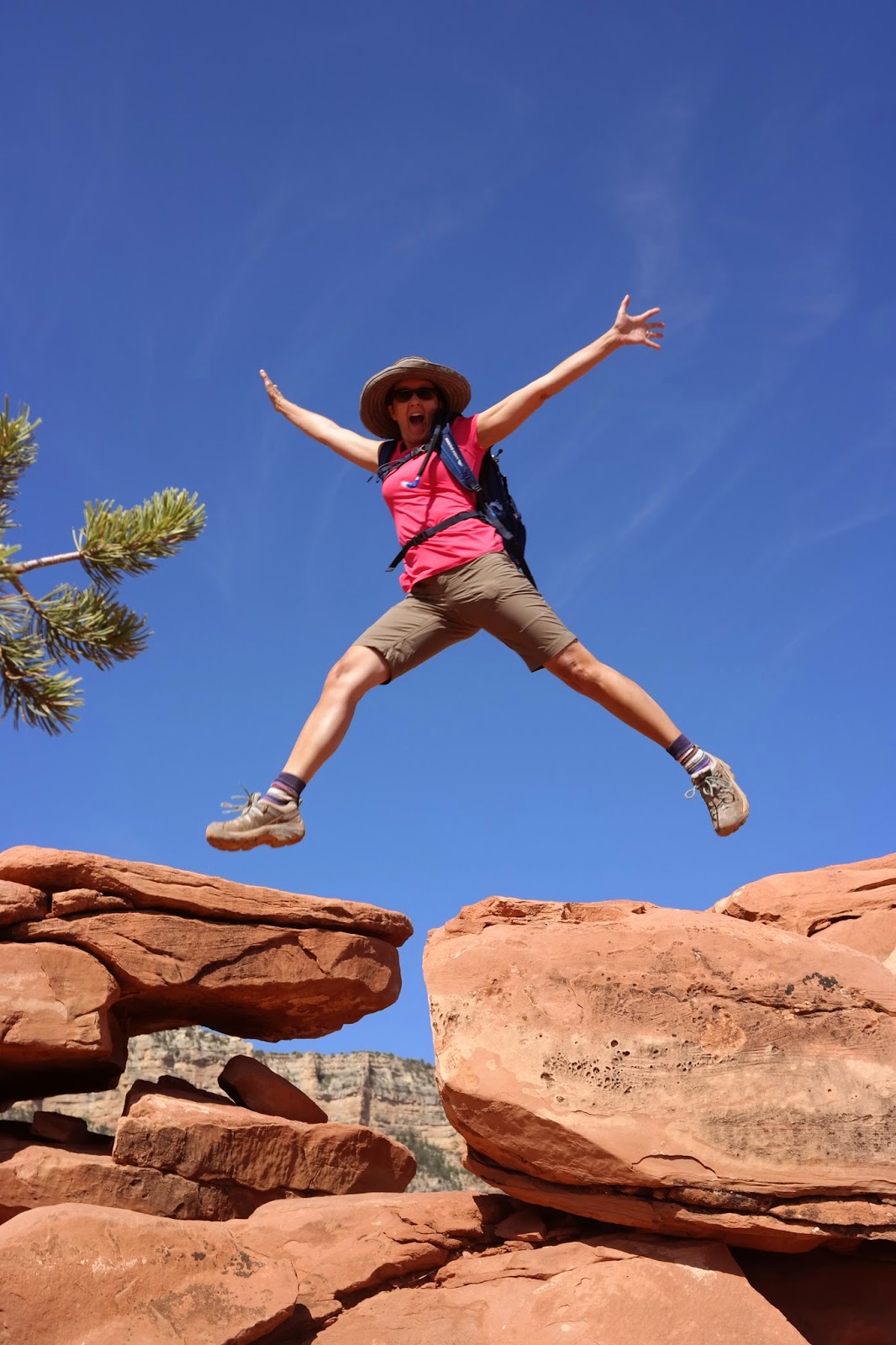 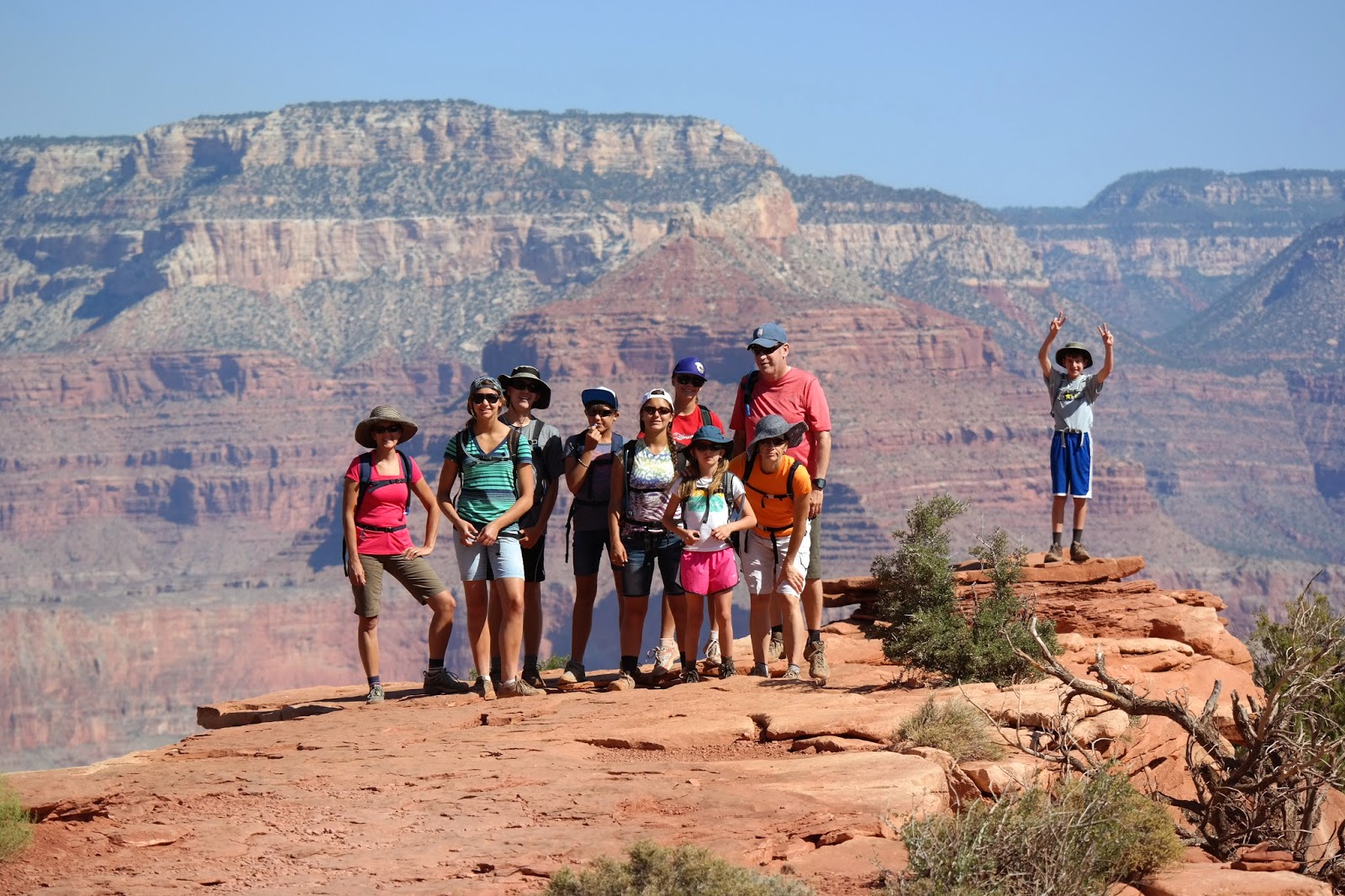 Awesome views from the south Kaibab trail. We hiked down 1.5 miles and were really glad that even though we felt great we didn't hike down any further. It was a hot trek back up. Poor Sam was sick and had quite a medicine head for this hike but she was a good sport and kept her complaints to herself.
Later in the afternoon we stopped off at a cafe and picked up sandwiches for everyone and since we brought our bikes on this trip we drove back into the park and rode our bikes to a lookout and ate our sandwiches while sitting on a wall overlooking Hopi Point and watching the sun set. Super amazing - maybe my favorite thing about this trip, or probably ONE of my many favorite things. 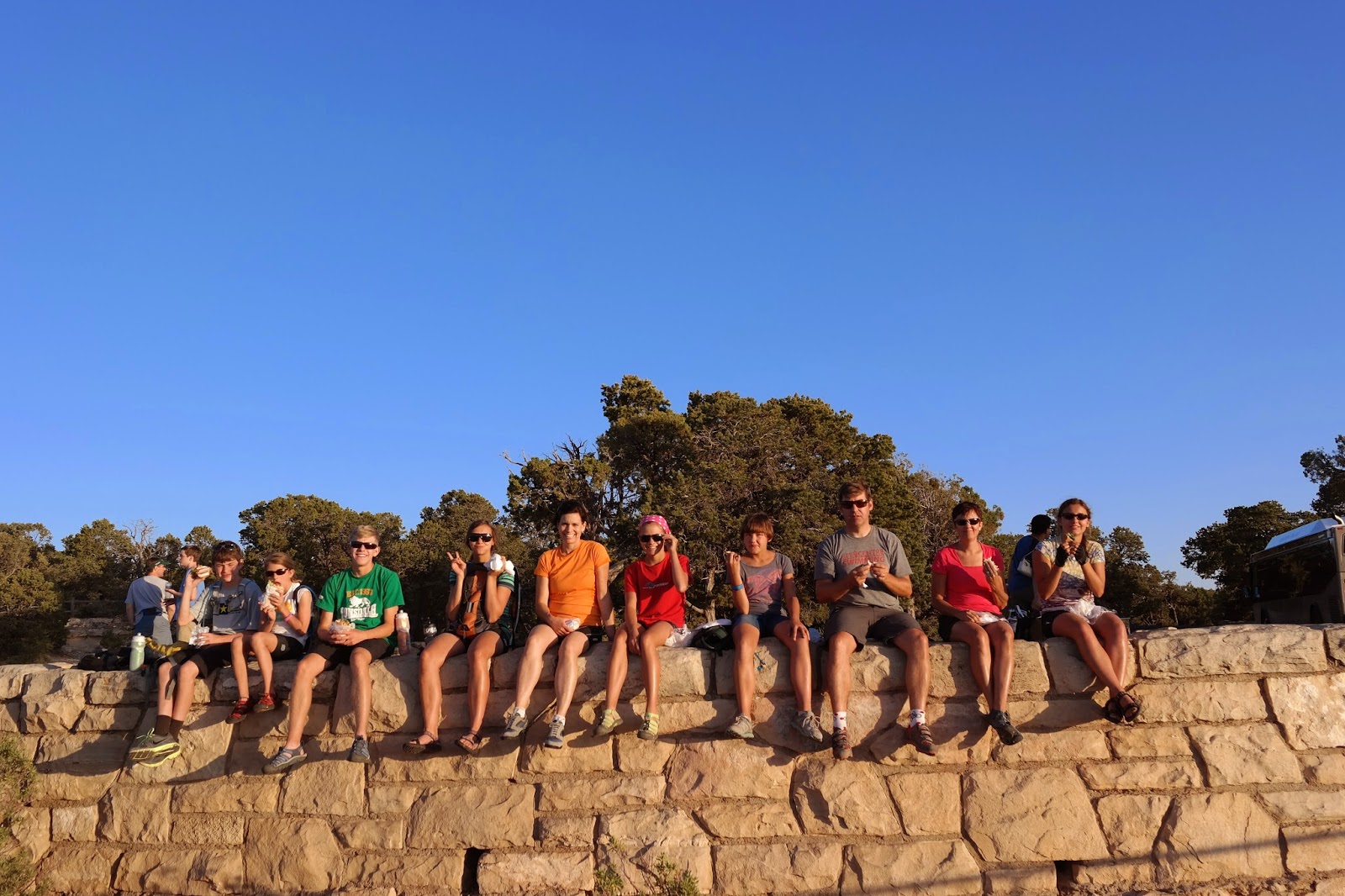 We hiked each day, stayed in cabins at Jacob Lake Inn that were a tad bit creepy, had yummy Navajo tacos at Cameron's Trading Post, and were stunned at how grand the Grand Canyon really is. 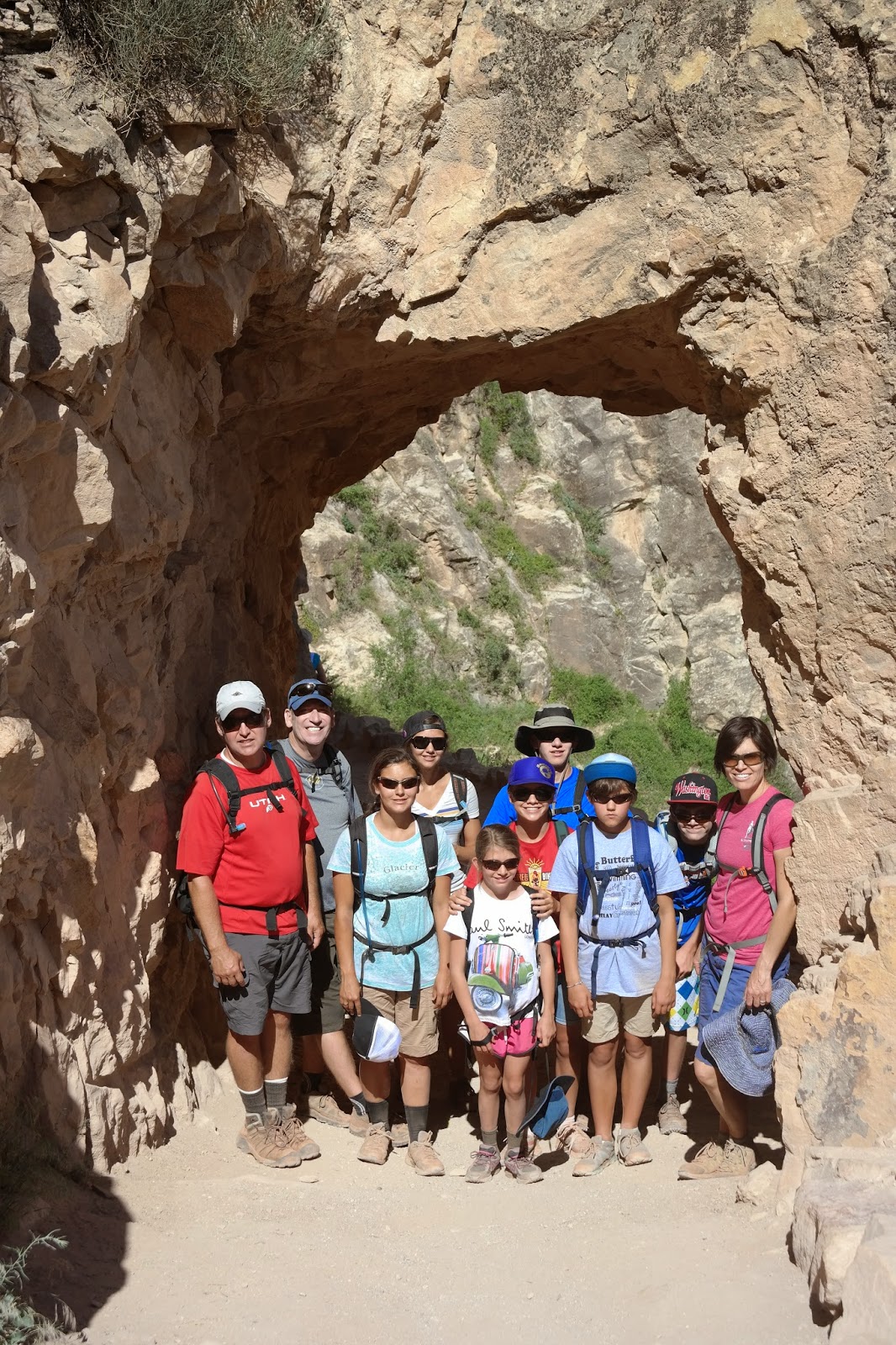 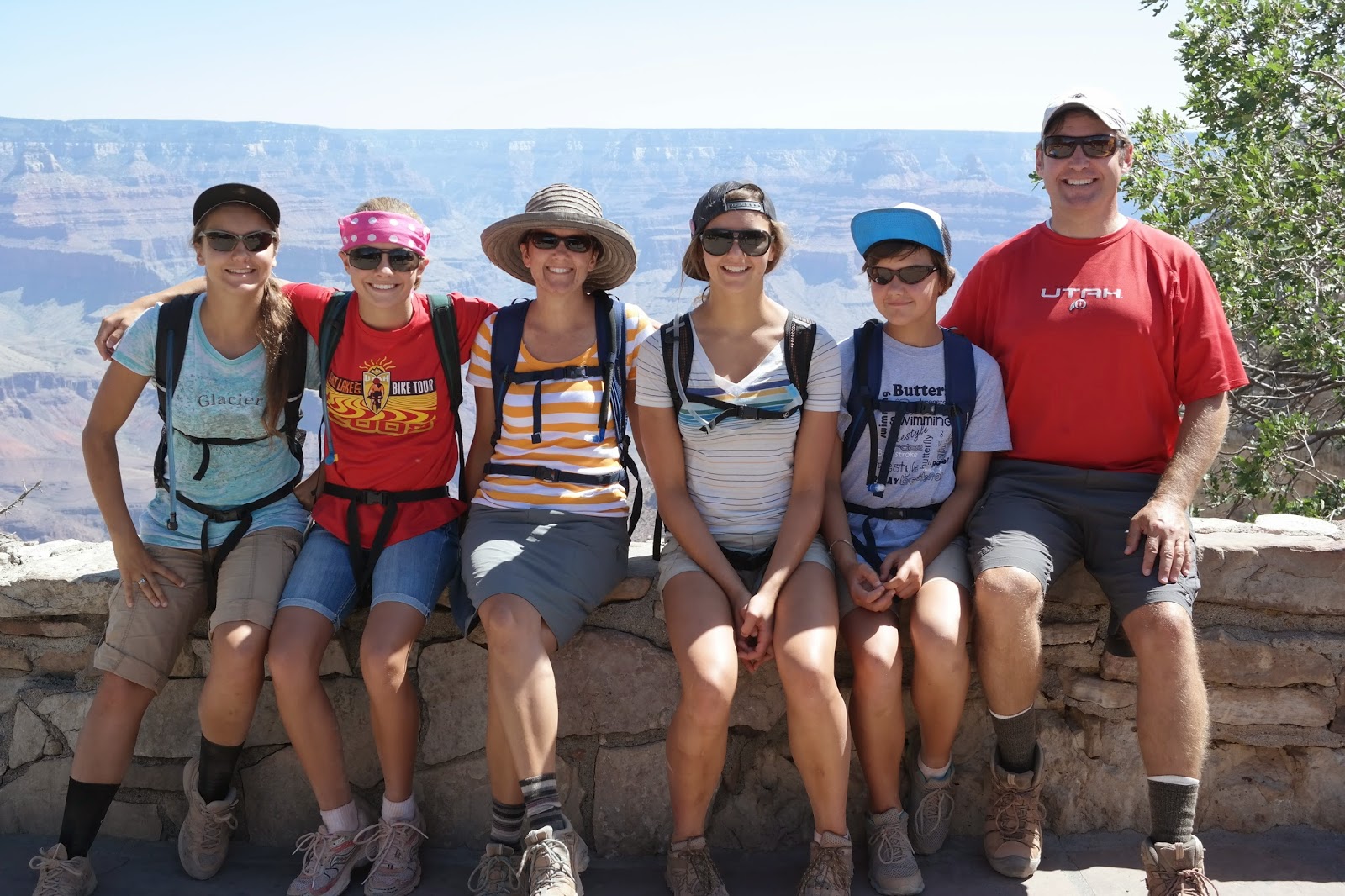 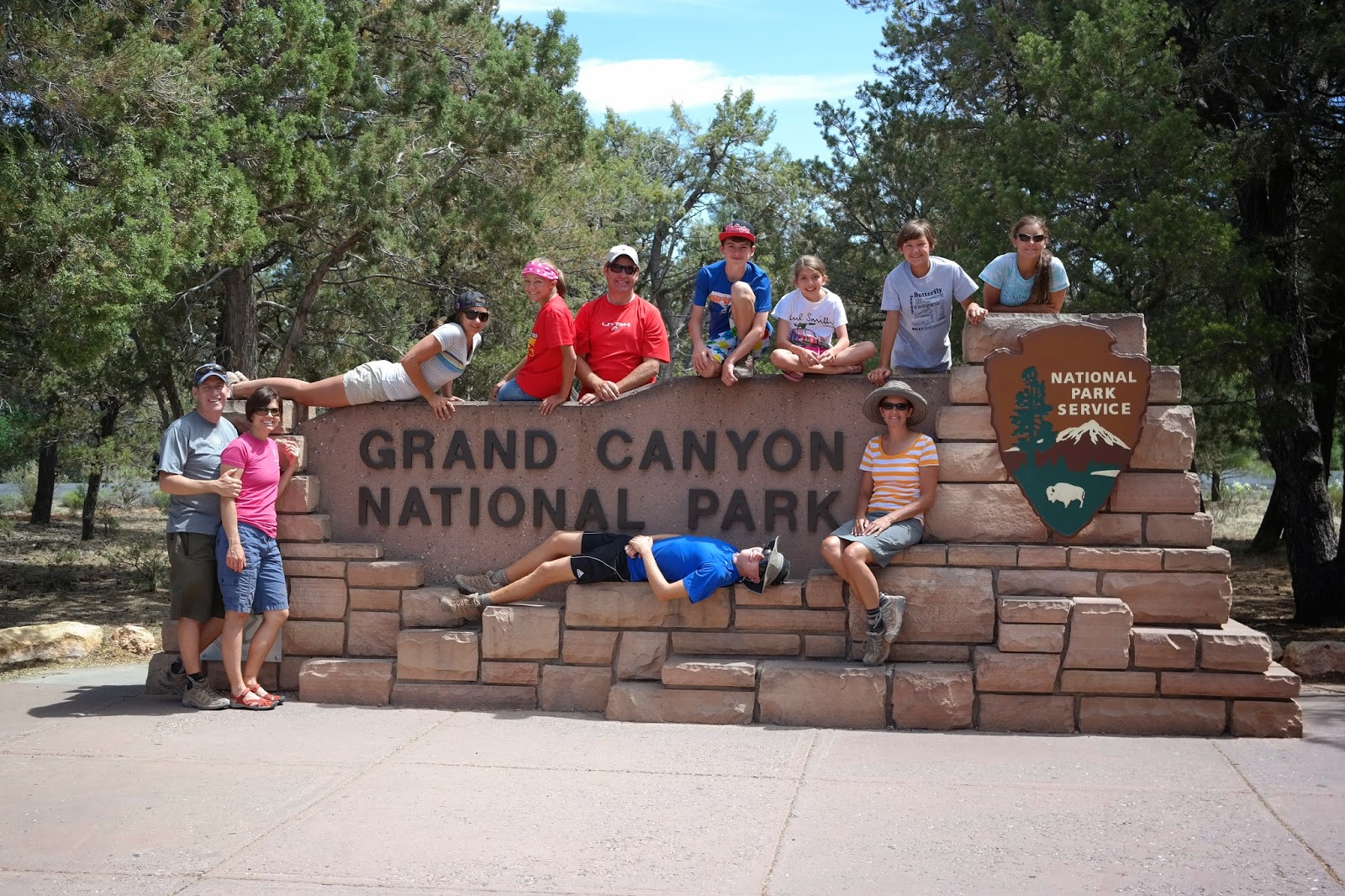 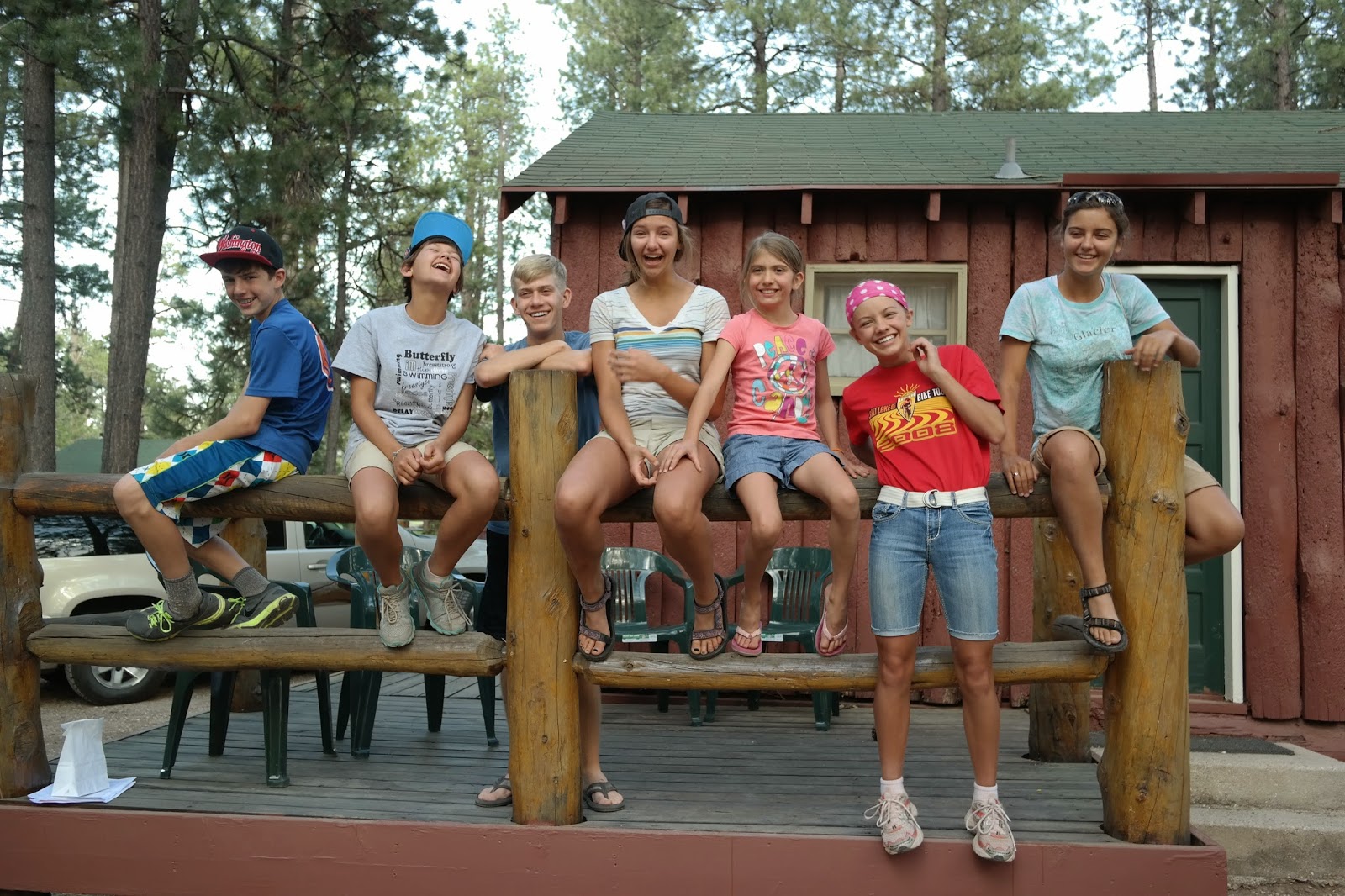 We rented a big cabin in Brian Head and hiked in Bryce Canyon and Cedar Breaks. We biked around Navajo Lake, played pool in the pool hall at the cabin, waded in the cold water of Tropic Ditch and laughed a lot. It was a super grand trip! 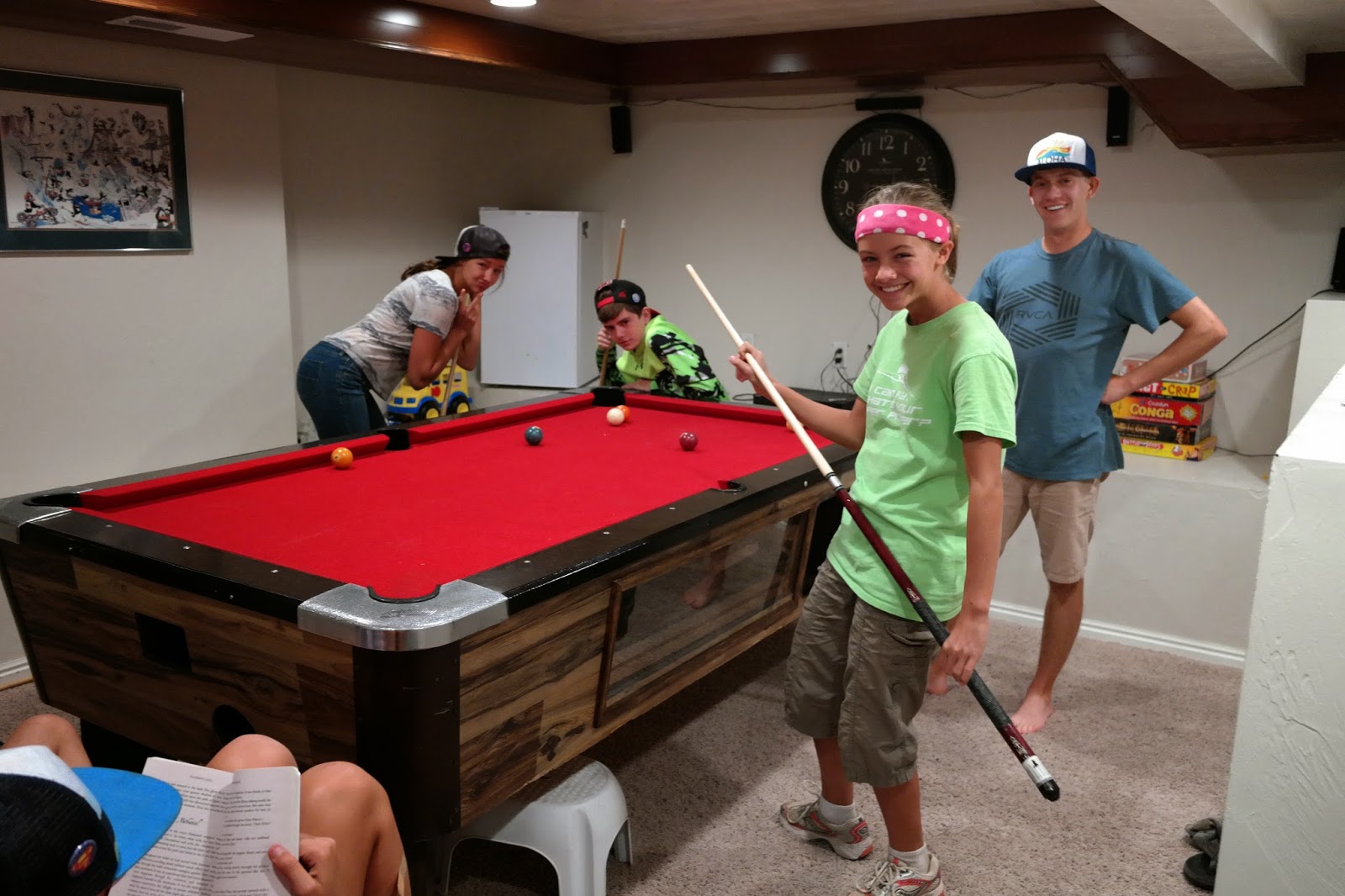 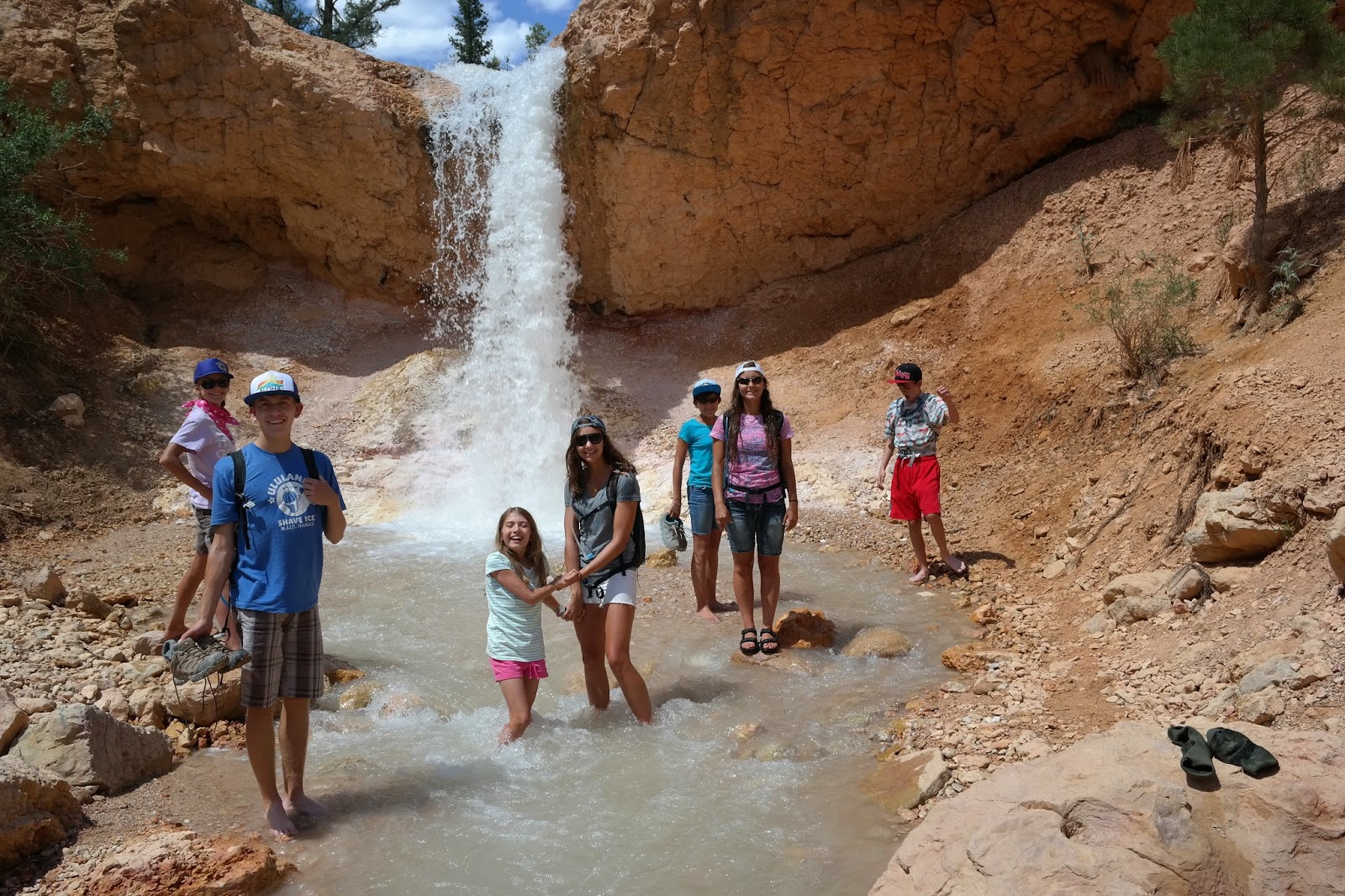 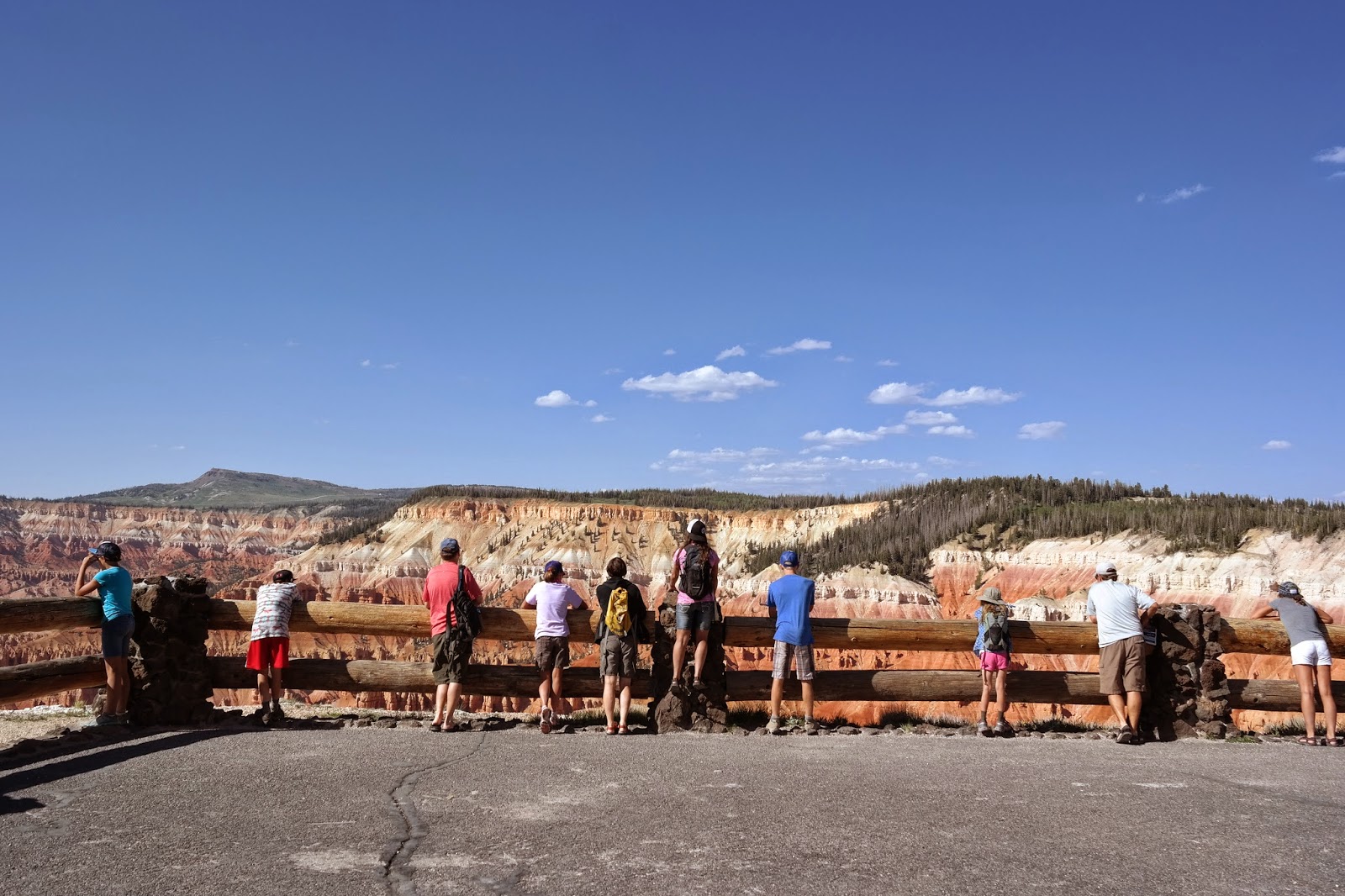 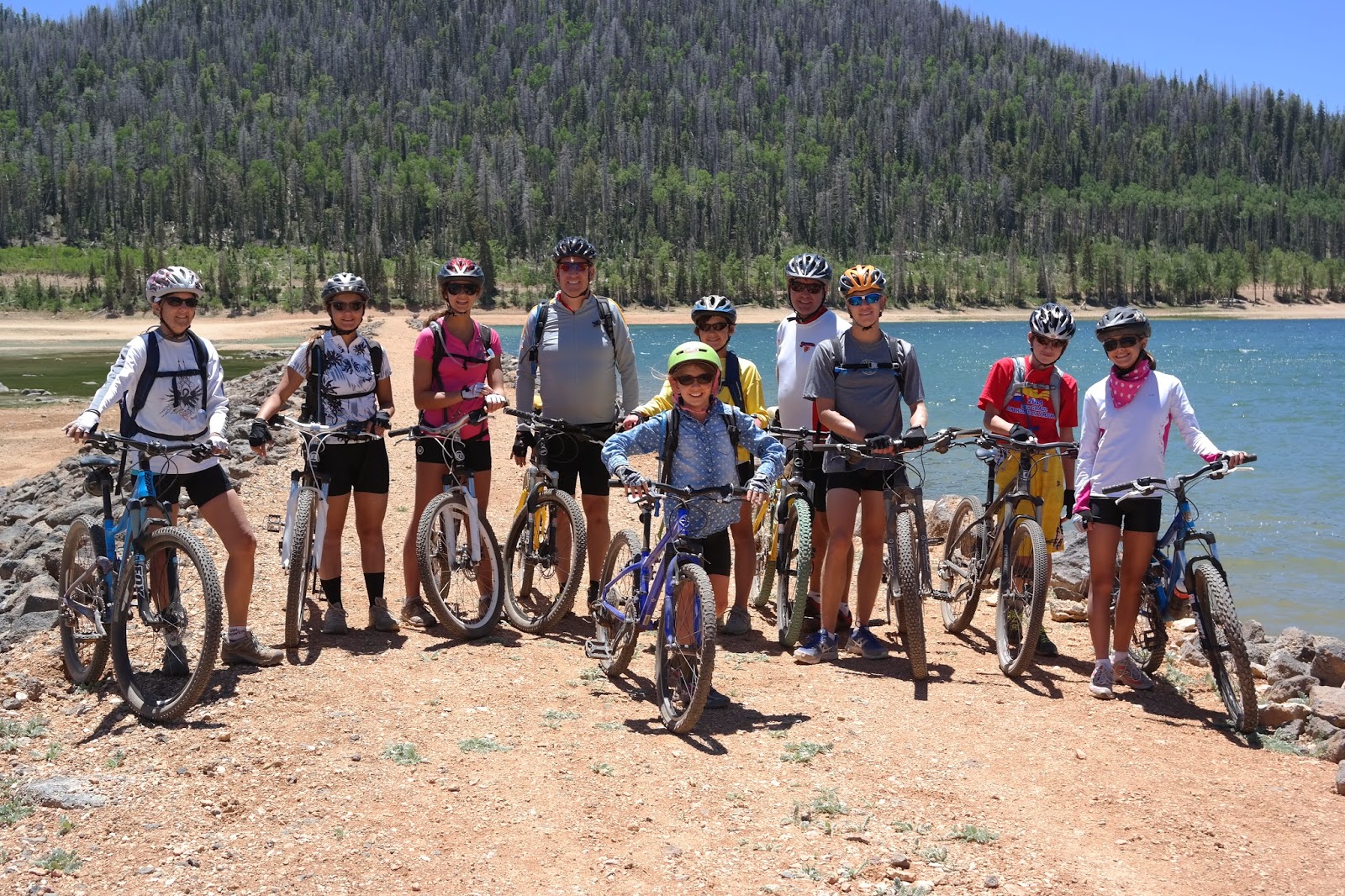 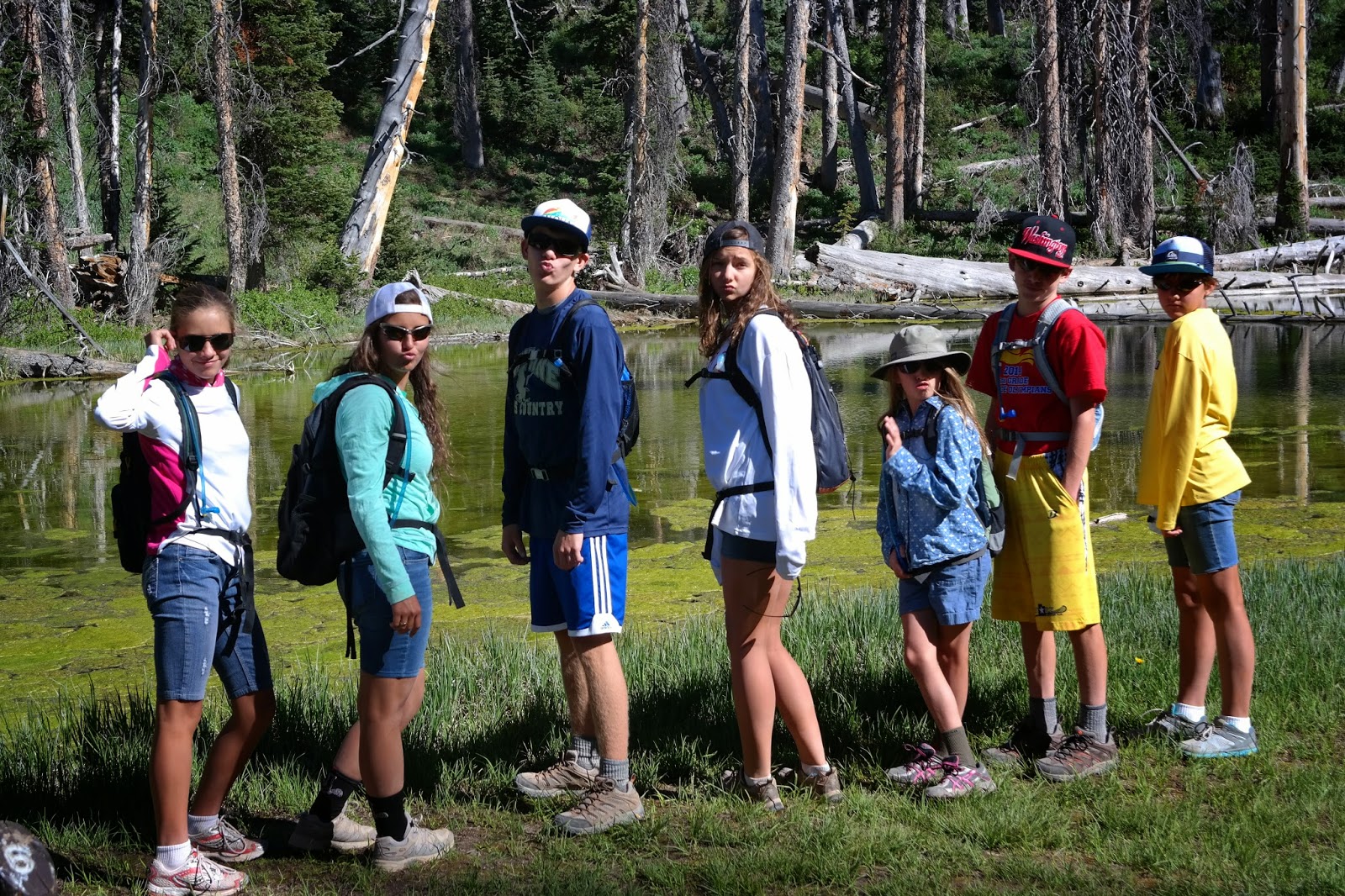 A couple days after we got home it was time for our stake's girls camp. Sam had decided to go so all 4 girls, plus me, would be at girls camp together. We kind of joked about how sad for Brian to miss out since he would be working. They went up on Tuesday, I was going up on Wednesday. It was raining when they got to camp and set up tents. It was snowing a little bit later. By 4:00pm they were told they had to find somewhere else to camp that night so none of them would freeze. They went to the camp leader's sister's home in Peoa - about 30 minutes from where they were camping. I drove up the next day to help bring them down to the new camp ground - our backyard. How fun is that? It worked out really well, was loads of fun and all the girls at camp were awesome. The camp director did a fantastic job and Brian was able to hang out with us at night since that was when he was home.


So great. Our summer has been awesome so far! 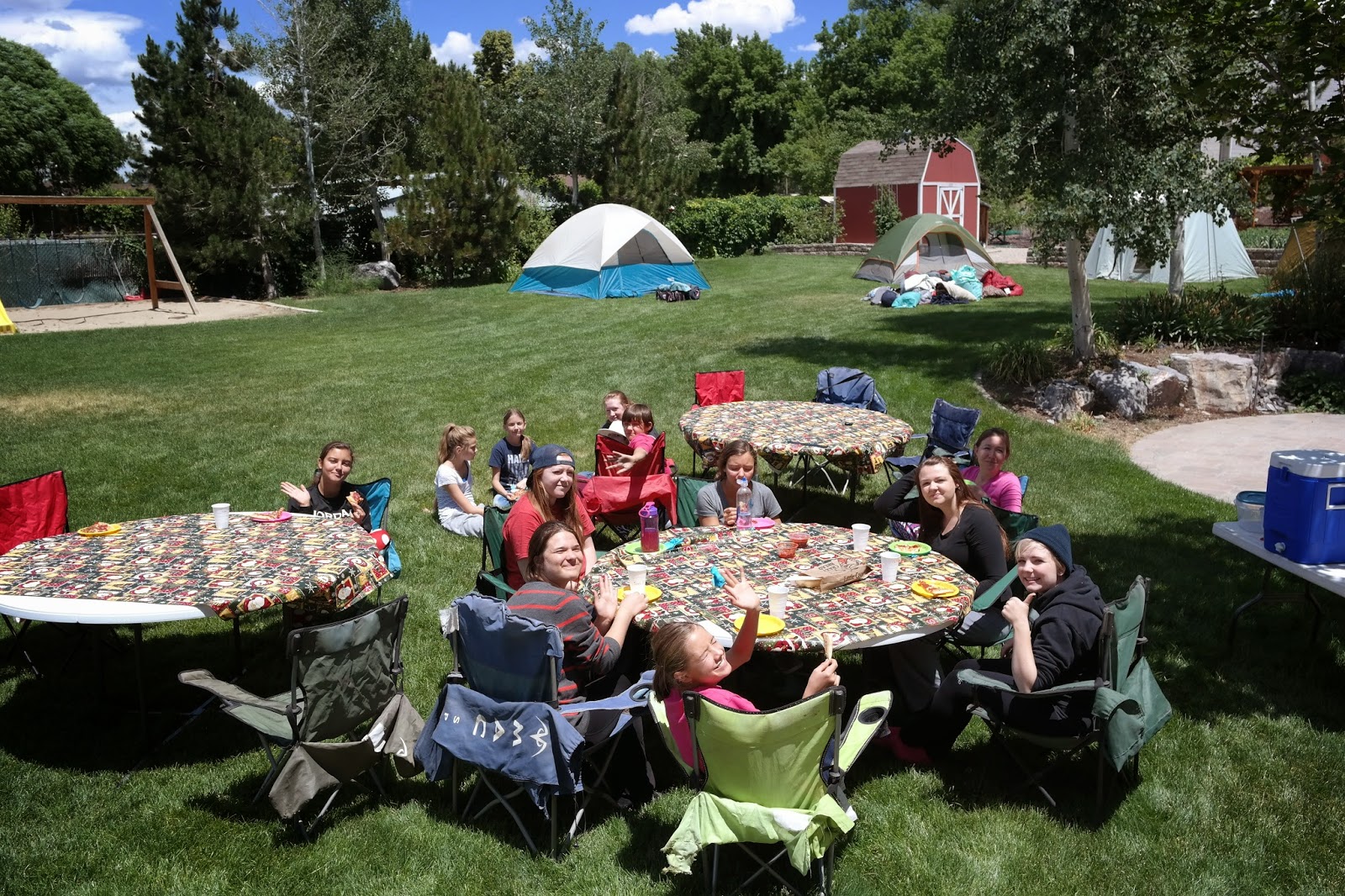 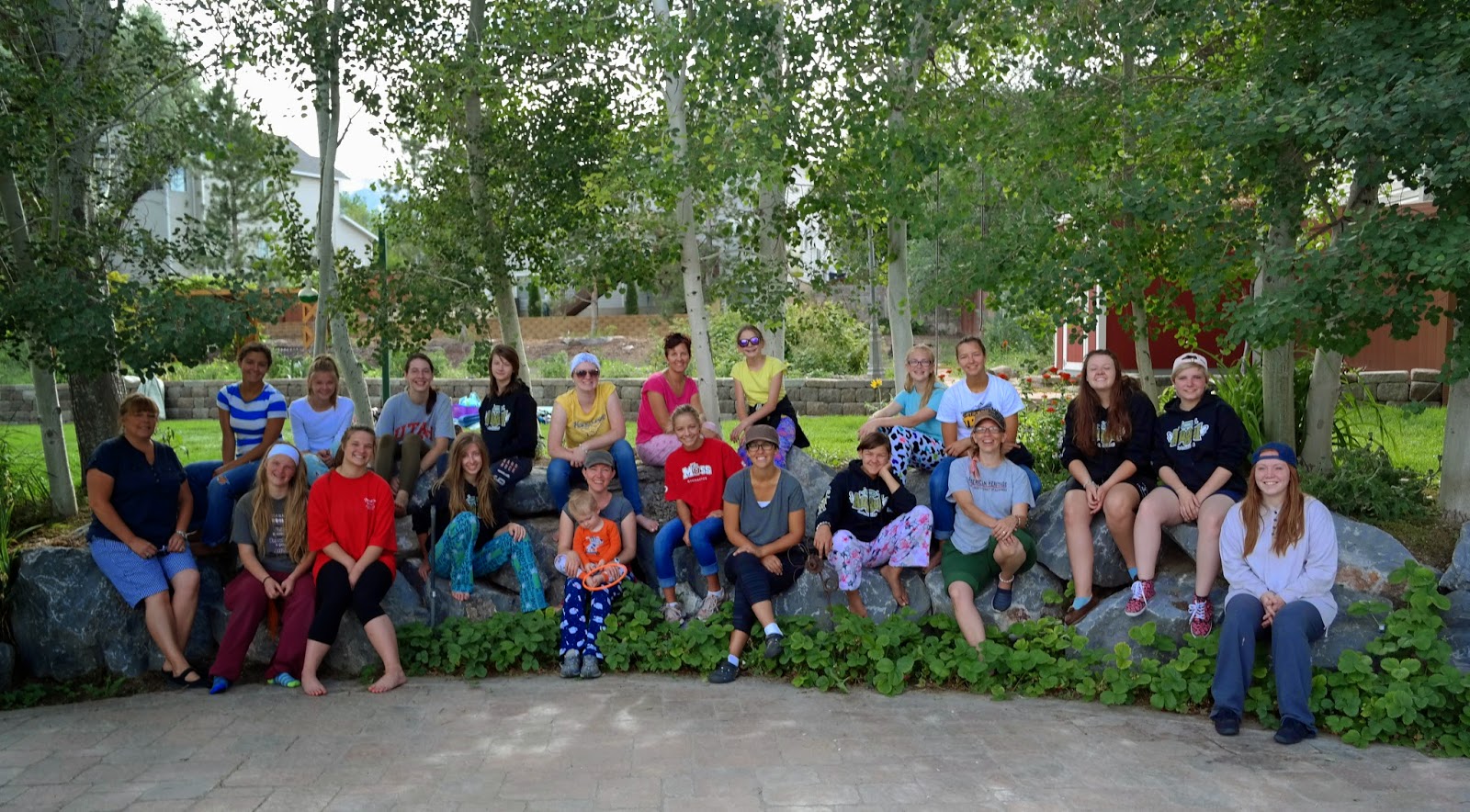 Posted by Denice at 9:30 PM No comments: 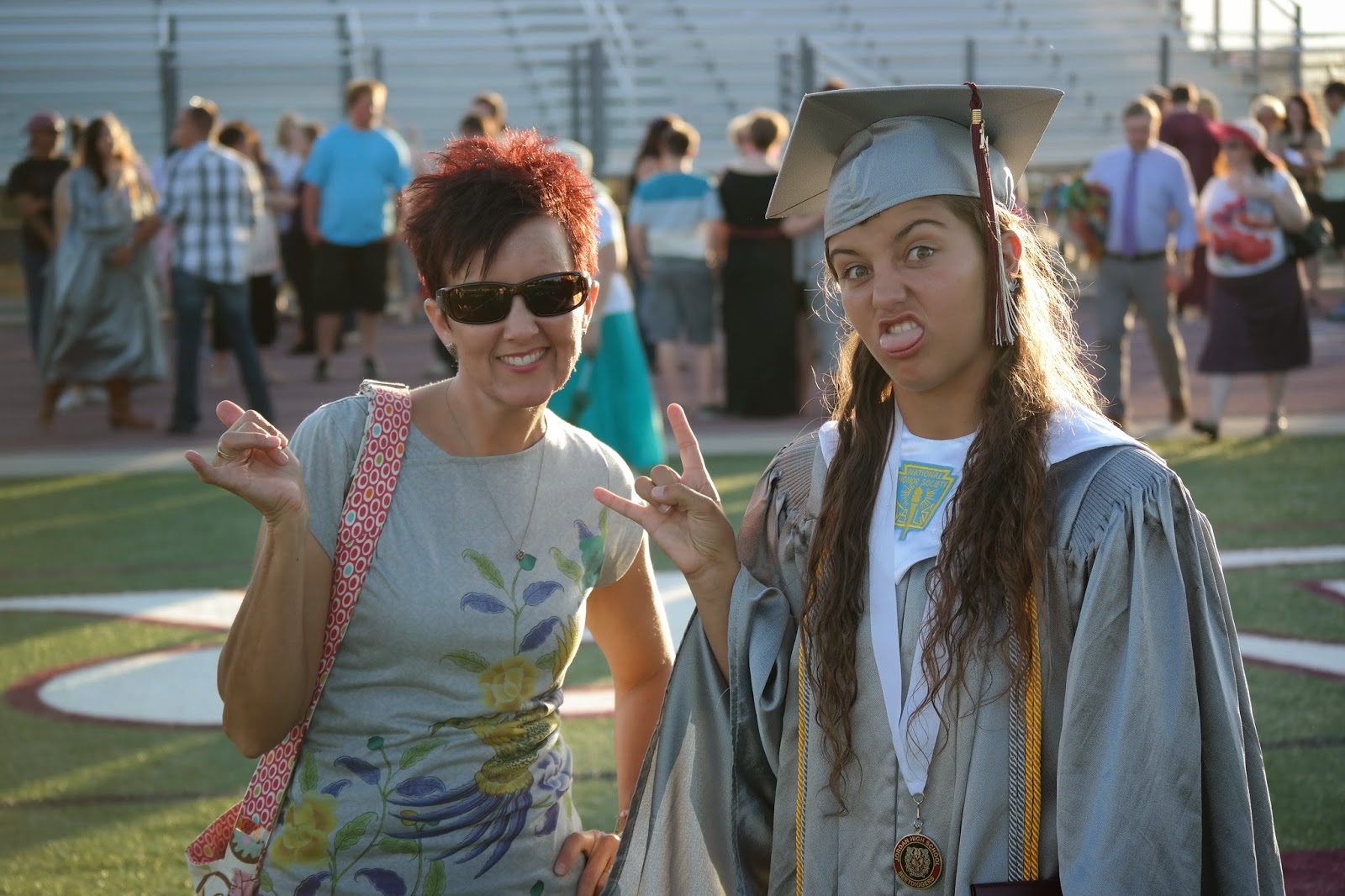 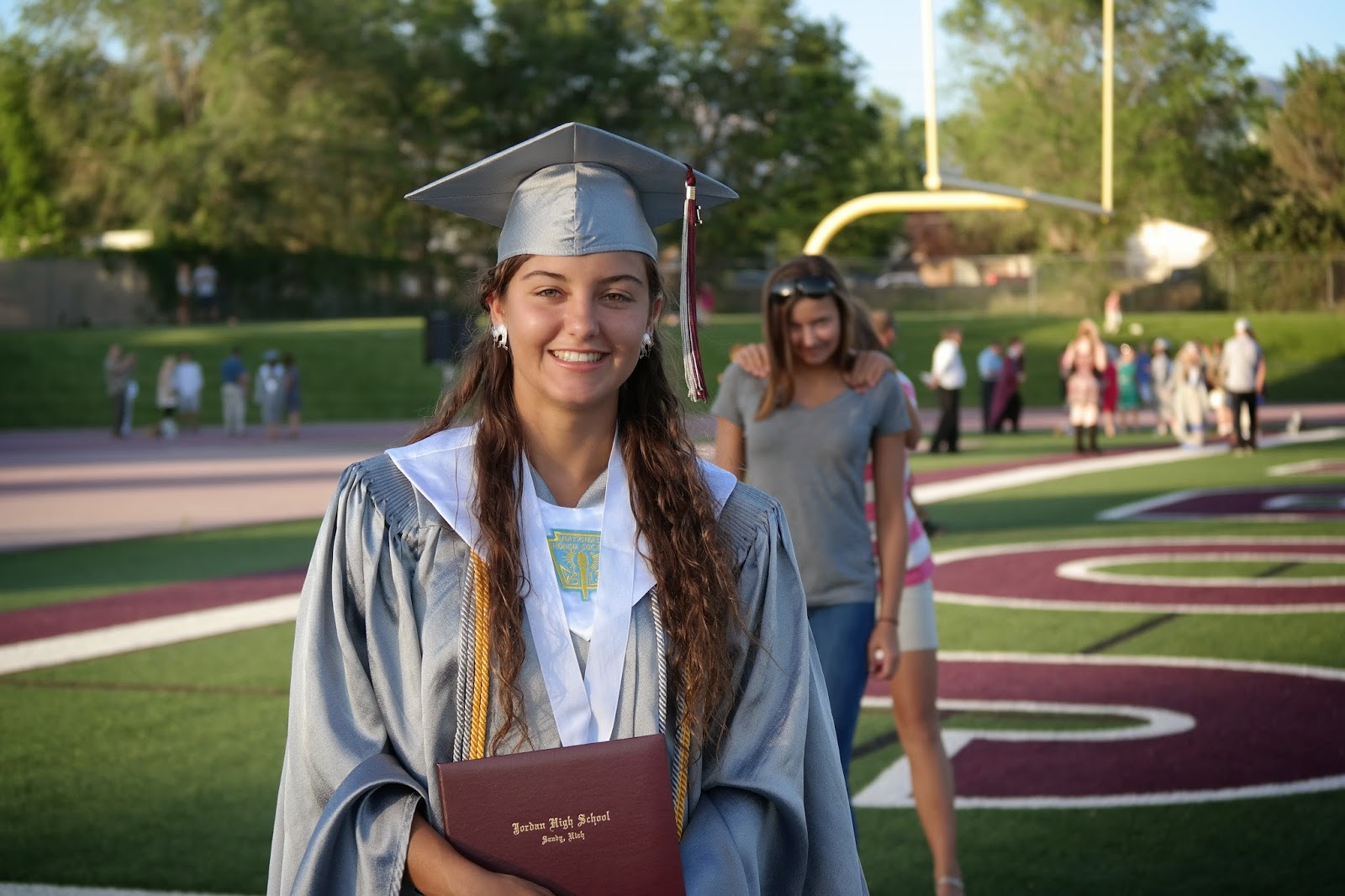 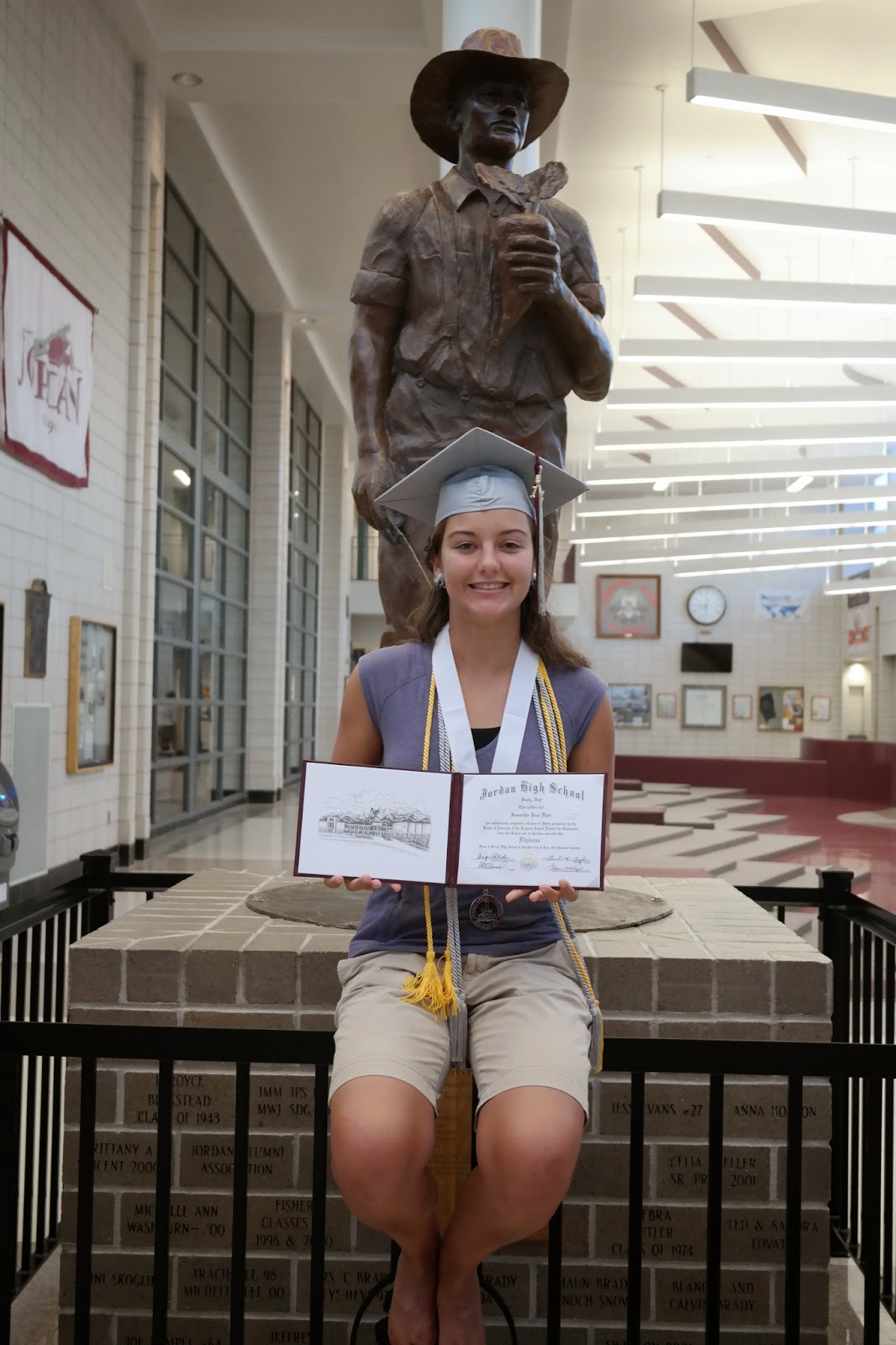 She had a fabulous high school career. She took difficult classes, fun classes, and required classes. She made great friends, worked hard, and tried many different things/activities. Obviously, Brian and I are super proud of her. She has grown into an amazing young woman. I'm shocked that it's time to send her out into the world! She will do well I'm sure, how could she not? She has a great attitude and has the skills necessary to accomplish whatever she wants. 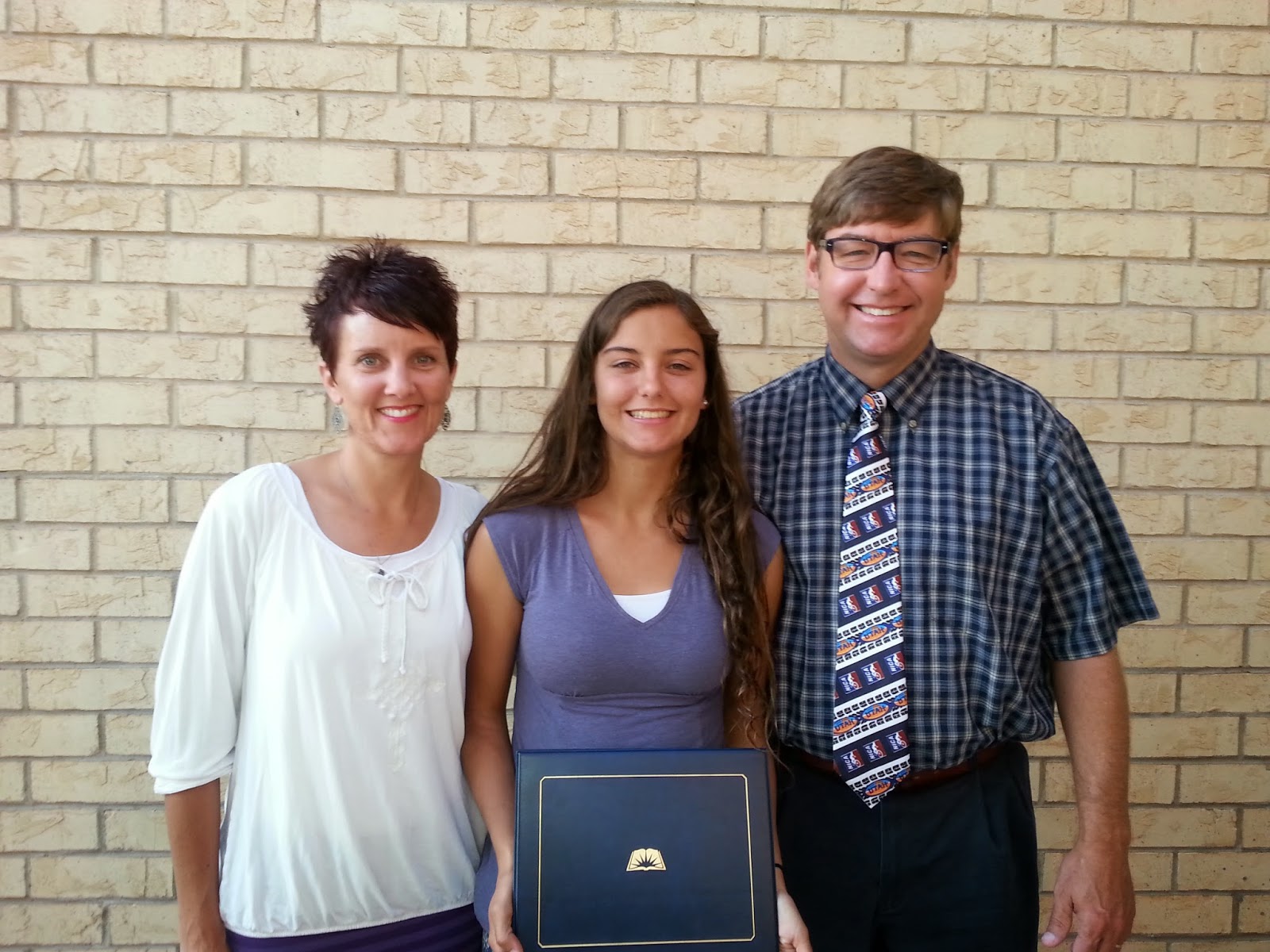 I'm thankful that she knows who she is and where to place her faith. Sam is a terrific example of a strong LDS youth.

Between seminary graduation and high school graduation we had a big party. So much fun! I'm overwhelmed with all the love and support received. It was so rewarding to see so many people who love my girl and wish her well. Gretchen played photographer for the night and did a nice job. 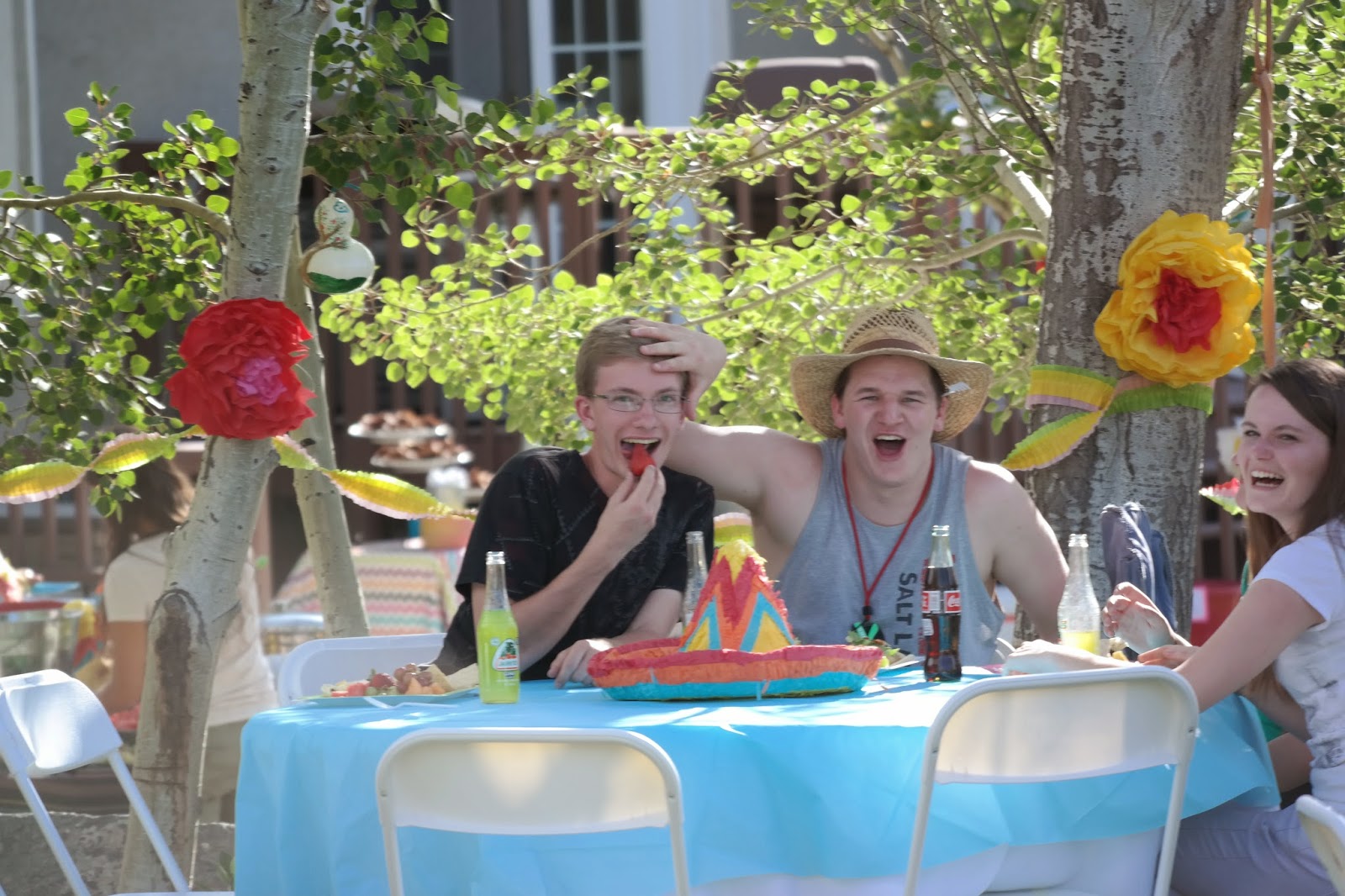 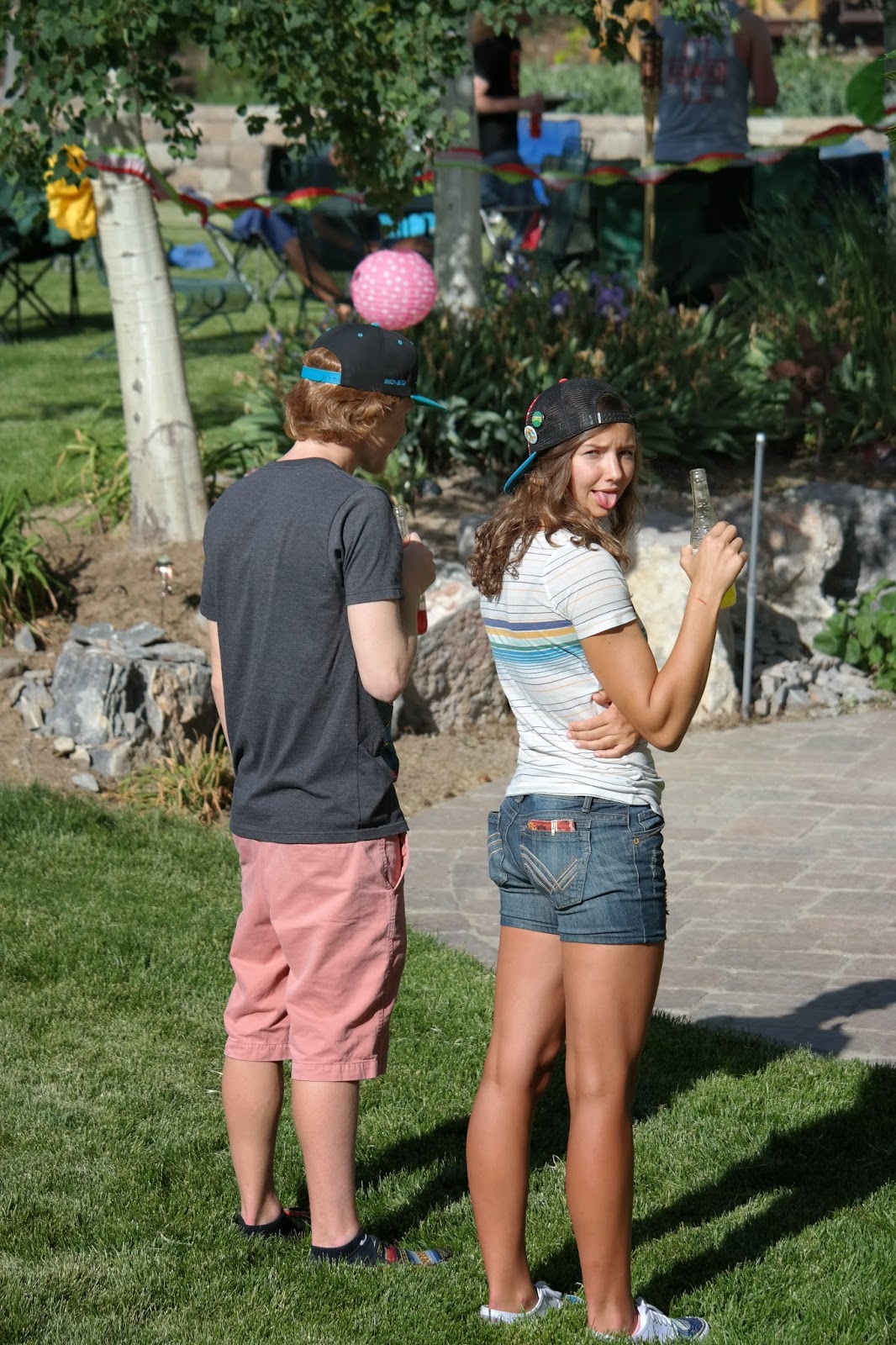 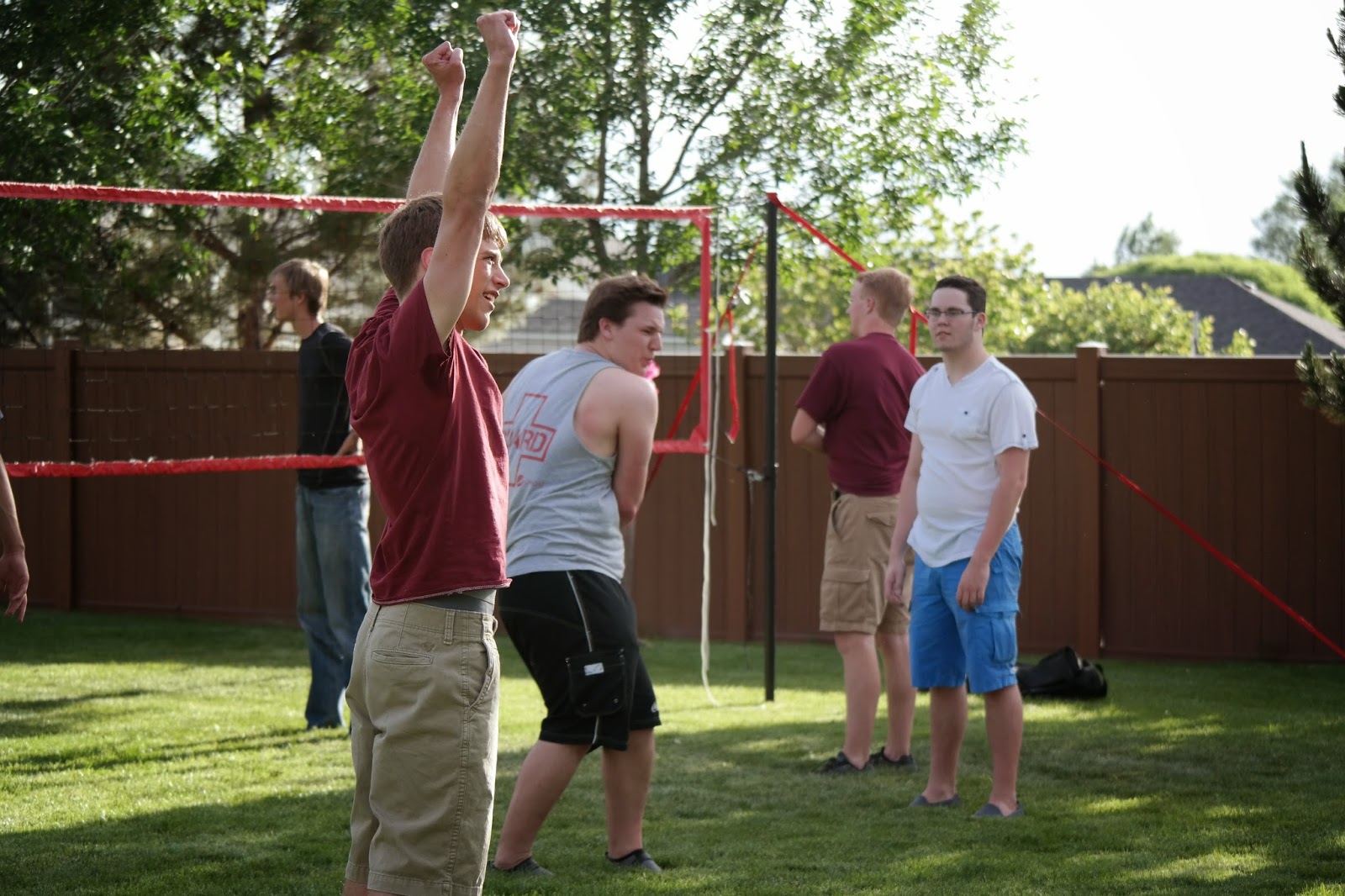 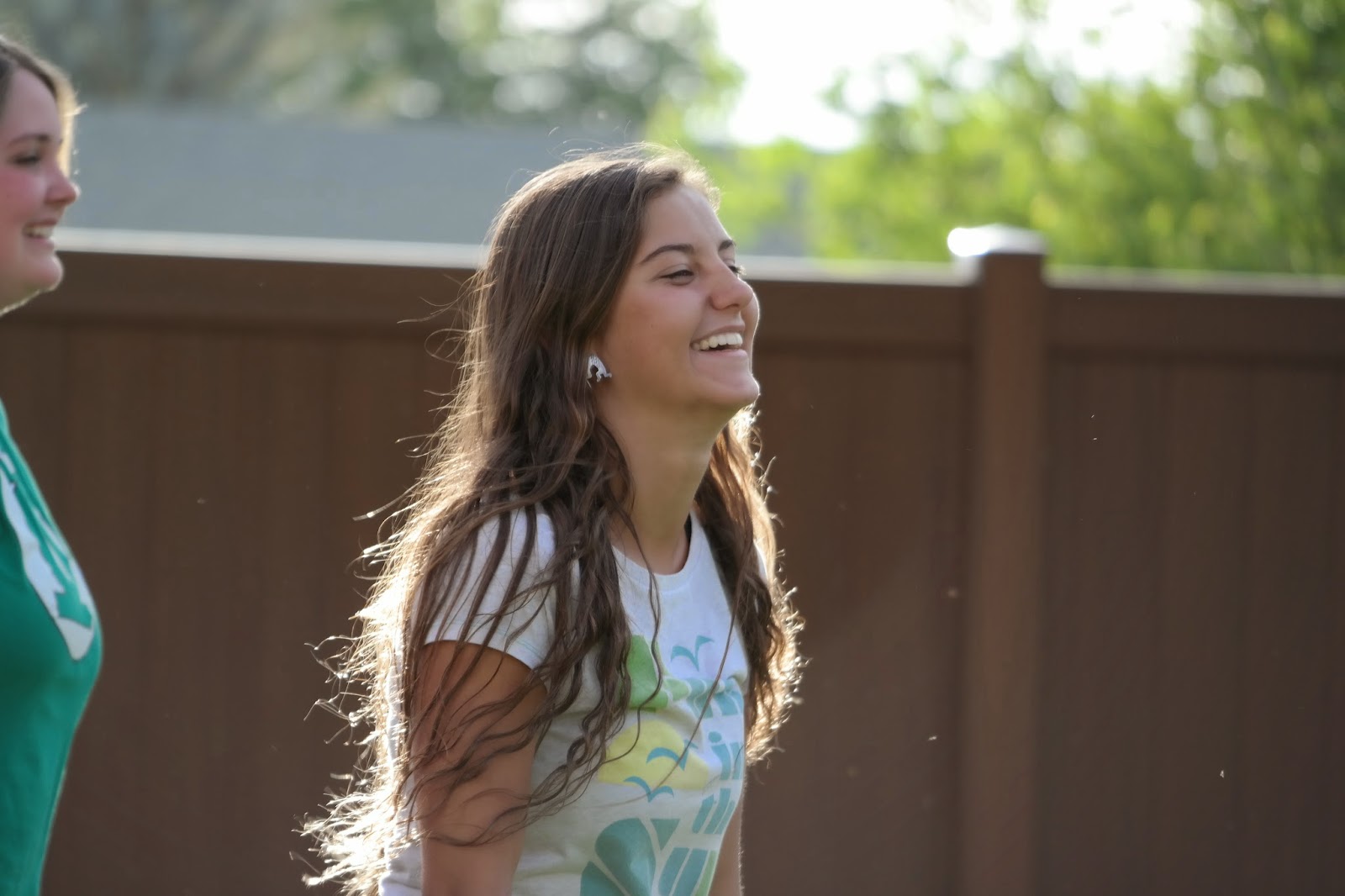 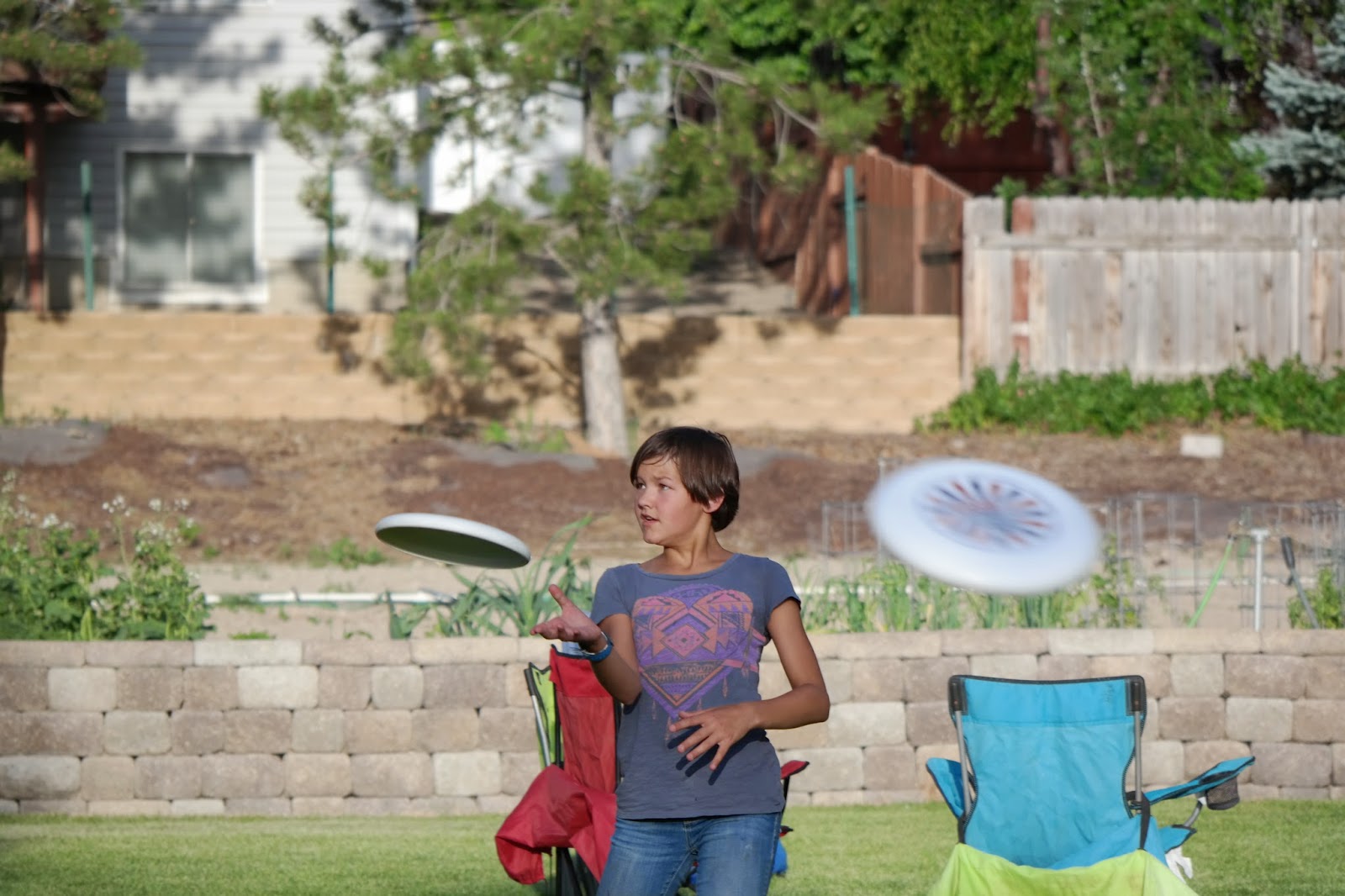 Posted by Denice at 3:57 PM No comments: