It's that time again! 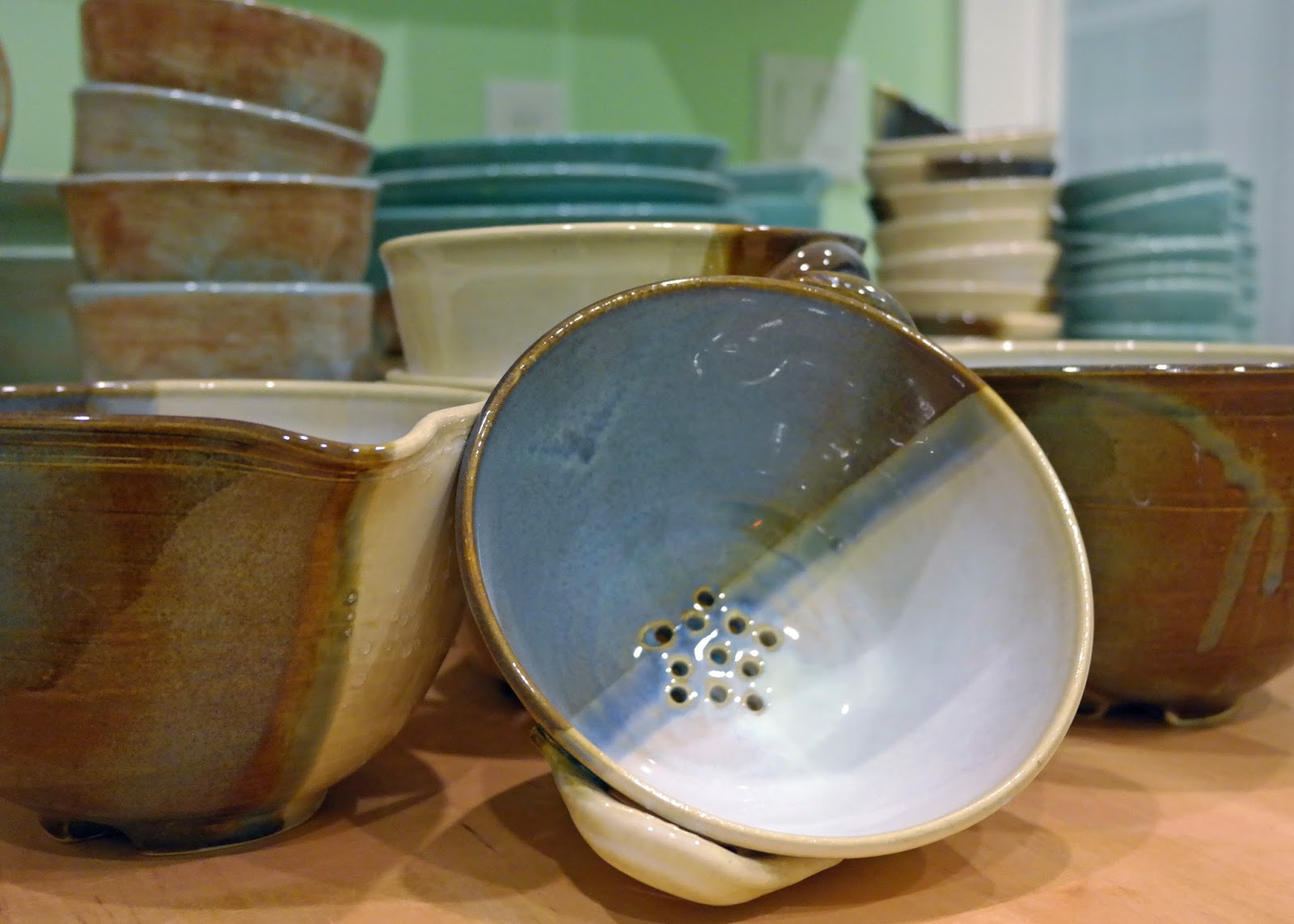 I'm super excited and still working on some fabulous pots!
Posted by Denice at 9:04 AM No comments:

High school swim meets have officially gotten under way. This year the Jordan team is happy to have Sydney and Gretchen on it. Although it's a bit bittersweet to not watch Sam swim on the same relays as Syd, it is fun to watch Gretchen compete with her sister. The girls had their first dual meet a few days ago. They'll have 3 days of meets this coming week. I think I'm going to enjoy the away meets better than the home meets this year since I am an official at the home meets. I'm usually a timer but this year I finally agreed to be an official. The job itself is not bad, the problem is officials are neutral. That means I cannot cheer. I kind of feel like what is the point of going to the meet if I can't cheer for my girls and my team? Maybe it will get easier as the season progresses. I can definitely cheer at the away meets, thank goodness. Sydney is a team captain this year and she is so excited about that. Gretchen has friends from summer swim and school on the team so she is excited about that. (I may not have wanted the grade reconfiguration that went through last year, but it has been a big blessing for Gretchen & Julia!)

In other news, Sydney went to her school's girl's choice dance last night. I really don't like the name of that dance. I wish it was called Sadie Hawkins or MORP or something nice. Dog Patch is a terrible name. Maybe there is a great story with a fabulous meaning behind it that I just don't know, but even if that were the case I'd still think it's a bad name for a girl's choice dance. Ok, now that my little rant is over, Syd and her date & their group dressed as lumberjacks and they had a great time. I was able to take their pictures outside in the freezing cold. They loved it! They were super excited when I kept saying, "Wait, one more!" 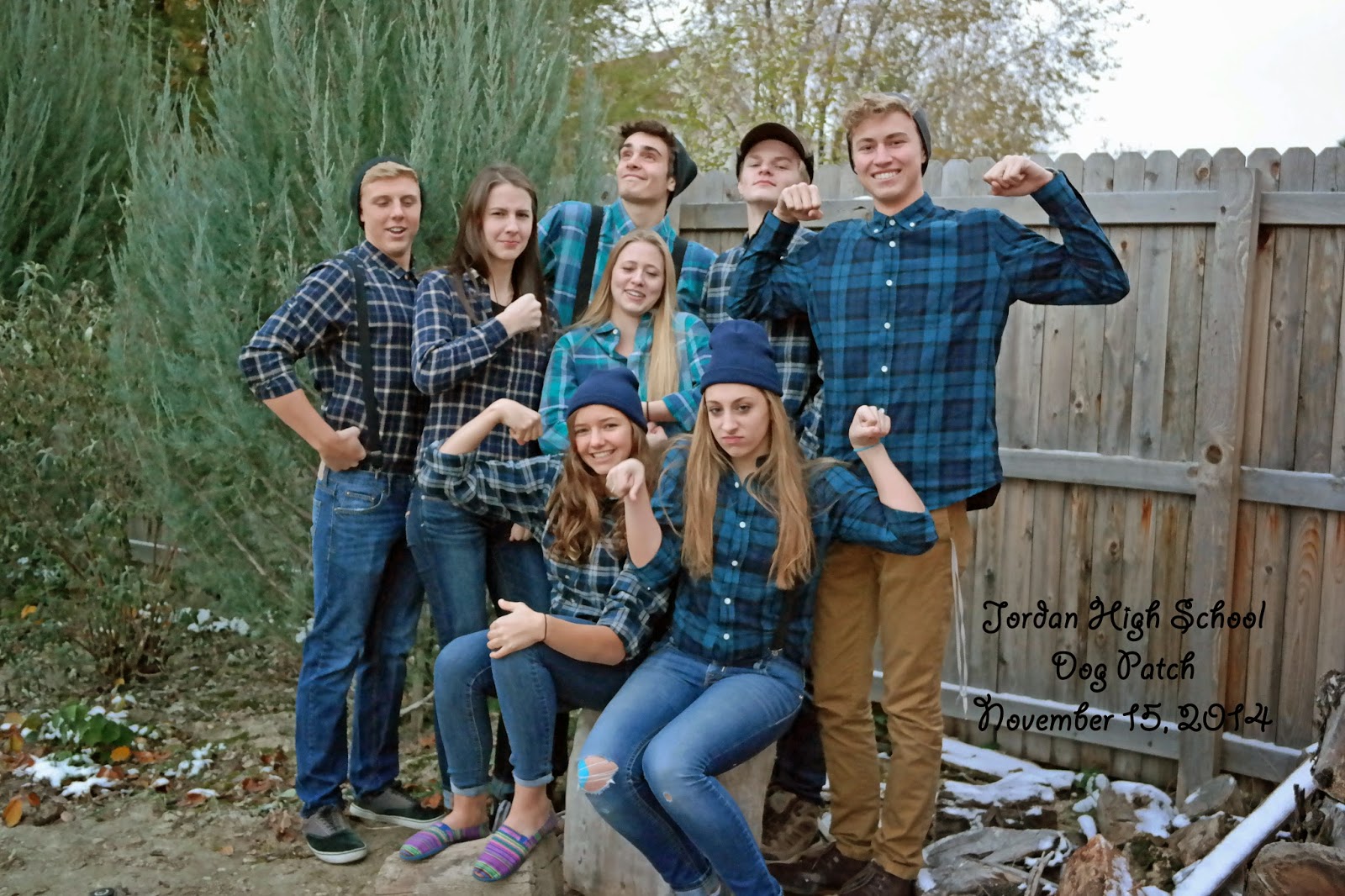 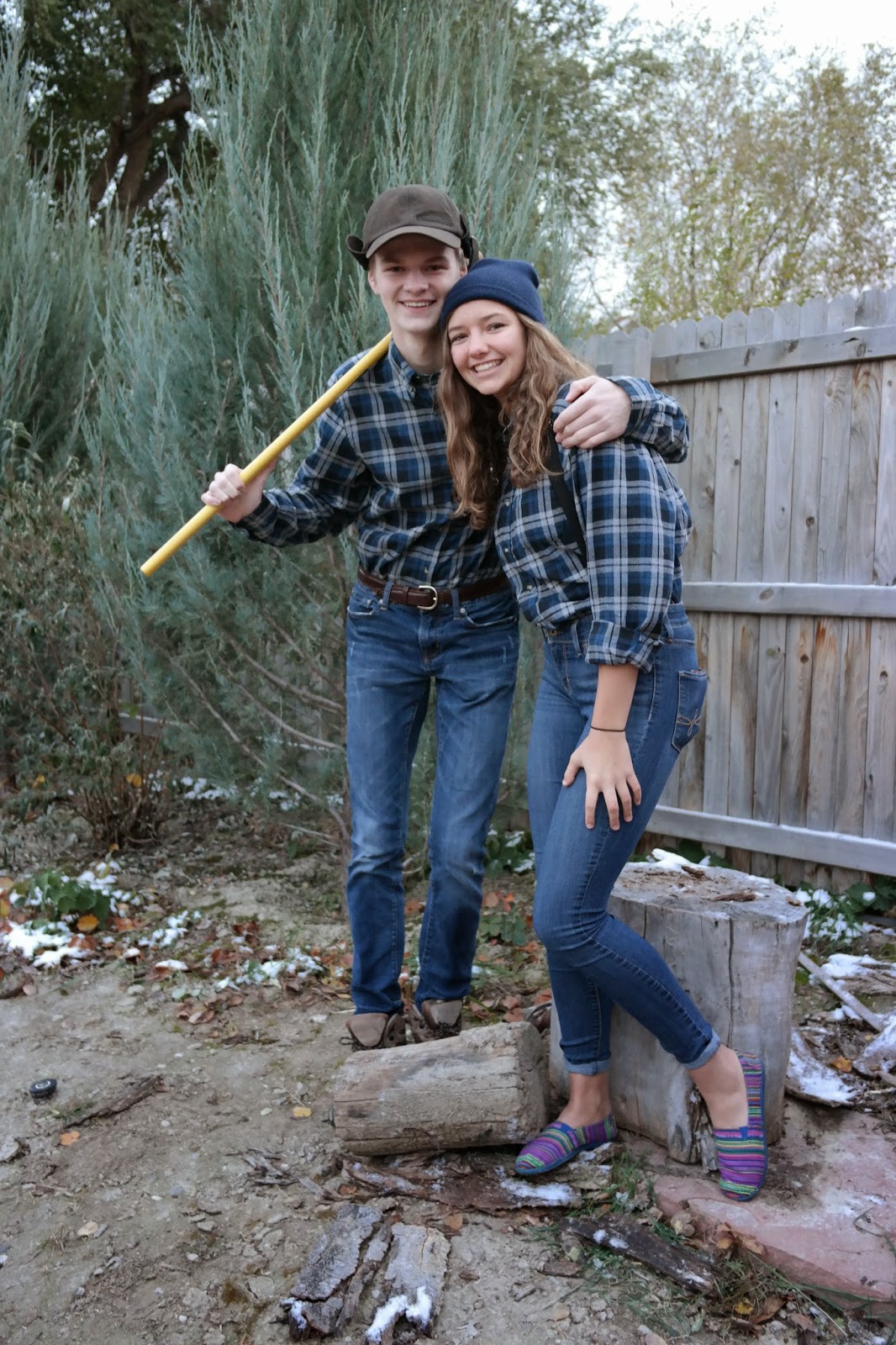 Gretchen's big news is that she was asked to play the piano for the youth session of stake conference. It was this morning and she was awesome. She was so nervous! Who could blame her? It's not every day that you play the piano in front of an apostle and have 200 people sing along. She has been practicing for a month so I'm happy it turned out well. I think I might have been just as nervous as her.

My last piece of news is that I've settled on a date for my annual studio open house. Saturday December 13 from 1:00-4:00pm. I have been quite busy in the studio. I'll be posting new pottery pics later this week. Pretty exciting!
Posted by Denice at 9:14 PM No comments: