My hard working girls had a fabulous state meet. Sometimes, after months and months of hard work and trying your best you don't get the results you were working for. Sometimes you do. Sometimes it's a little of both. Regardless of how it turns out as long as they tried their best I hope they are happy. If they didn't try as hard as they could then I don't feel bad for them if they aren't happy with their results. Actually I feel a bit grumpy when that happens. Fortunately this was a very happy meet for us/them. Their effort was great, the results were great, their sportsmanship was great. Man, I love watching them swim! 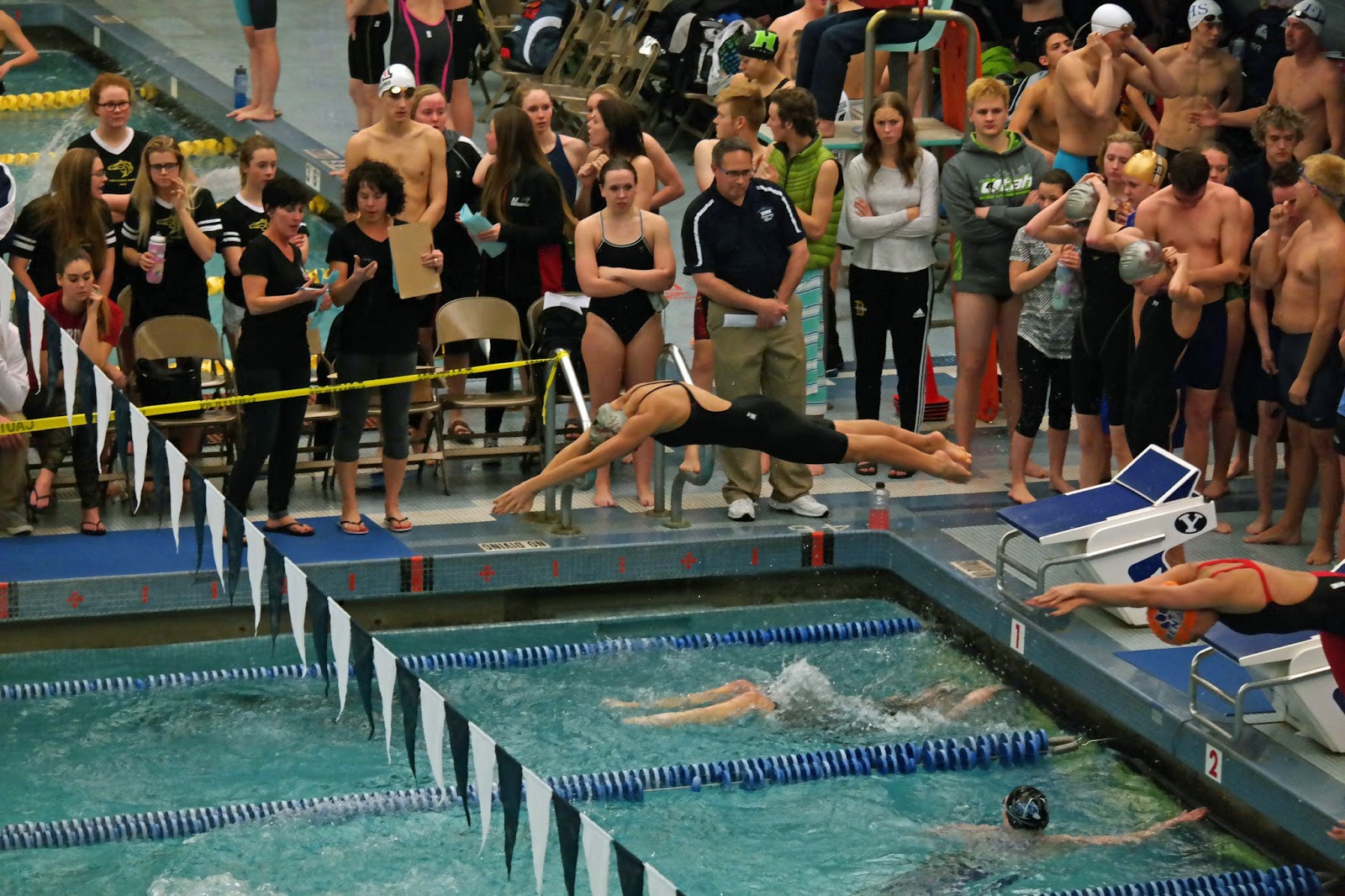 This was the 200 medley relay. Madison Hill was the first leg/backstroke.
Sydney was the second leg/breaststroke. 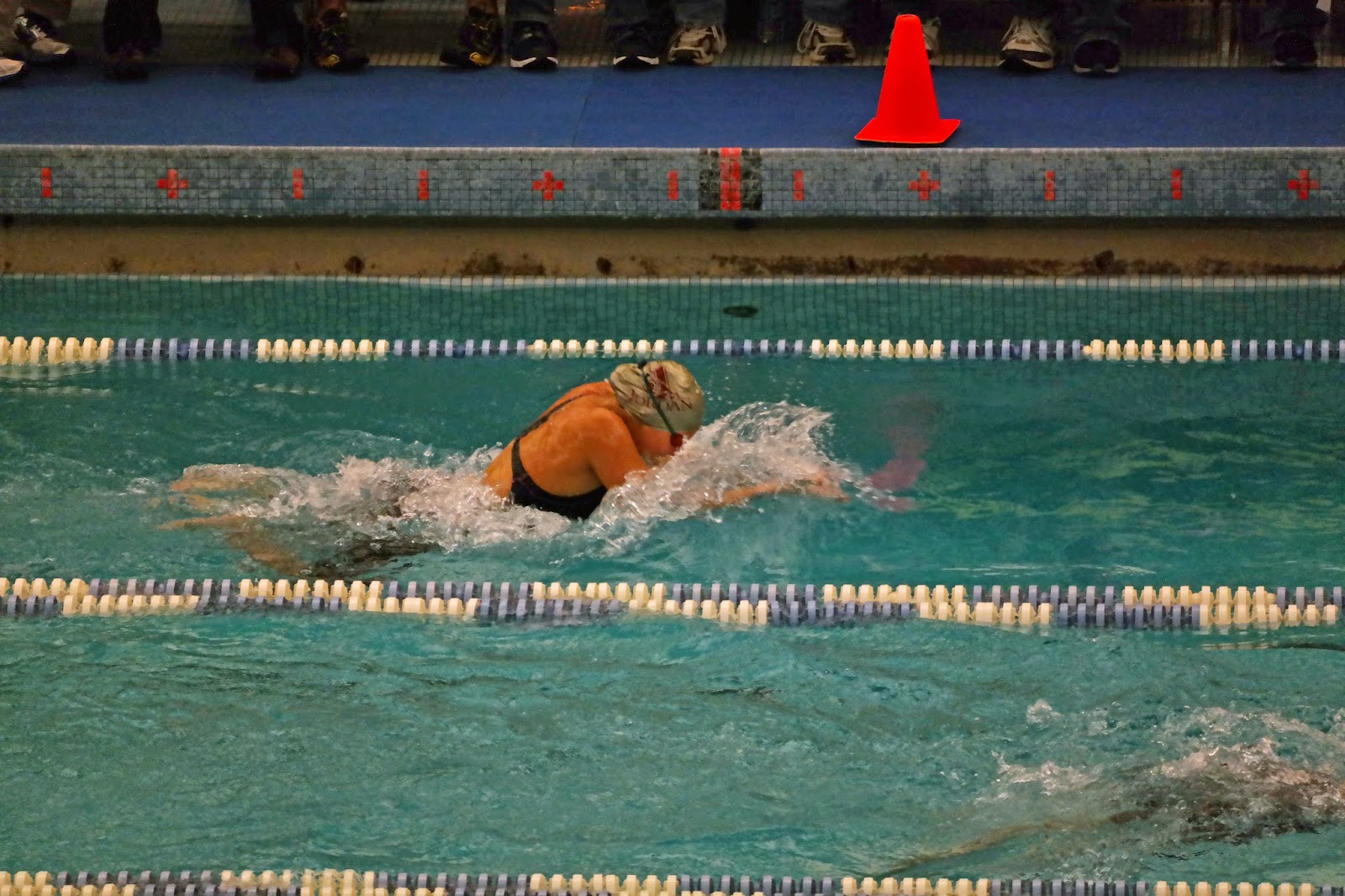 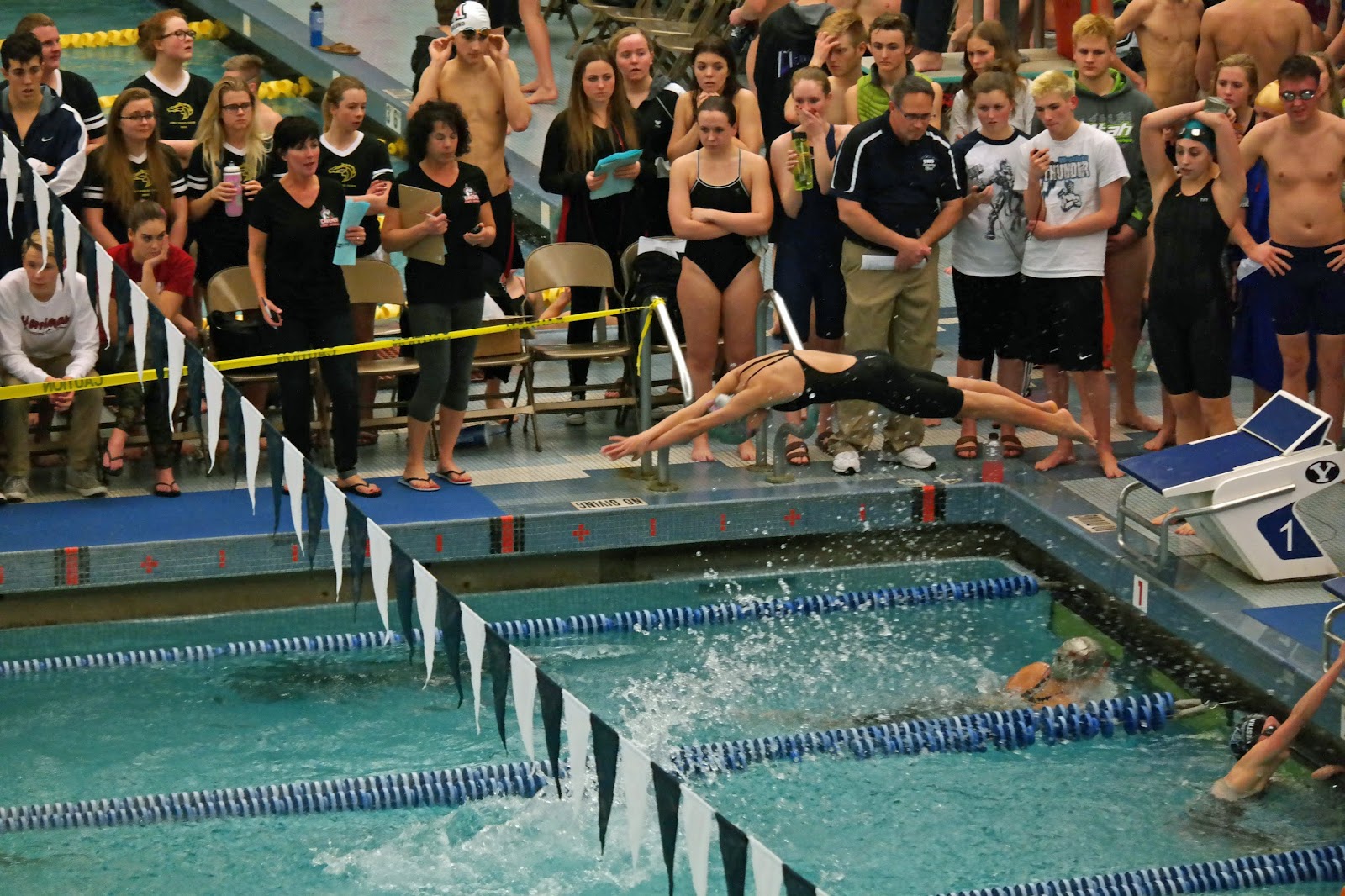 Gretchen was the 3rd leg/fly. 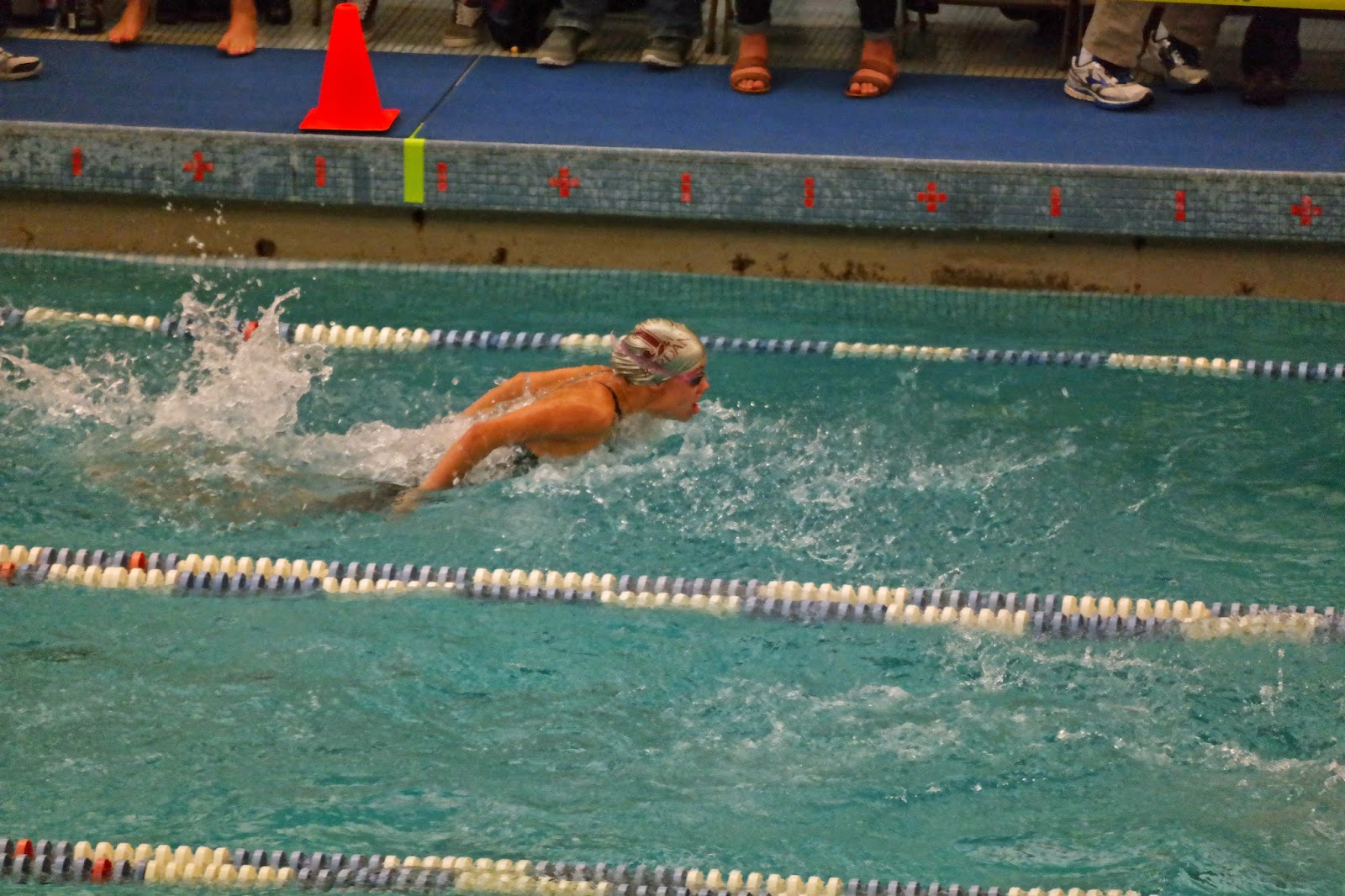 Haley Weise was the 4th leg/free. They came in 7th place, dropped time, and set a school record. 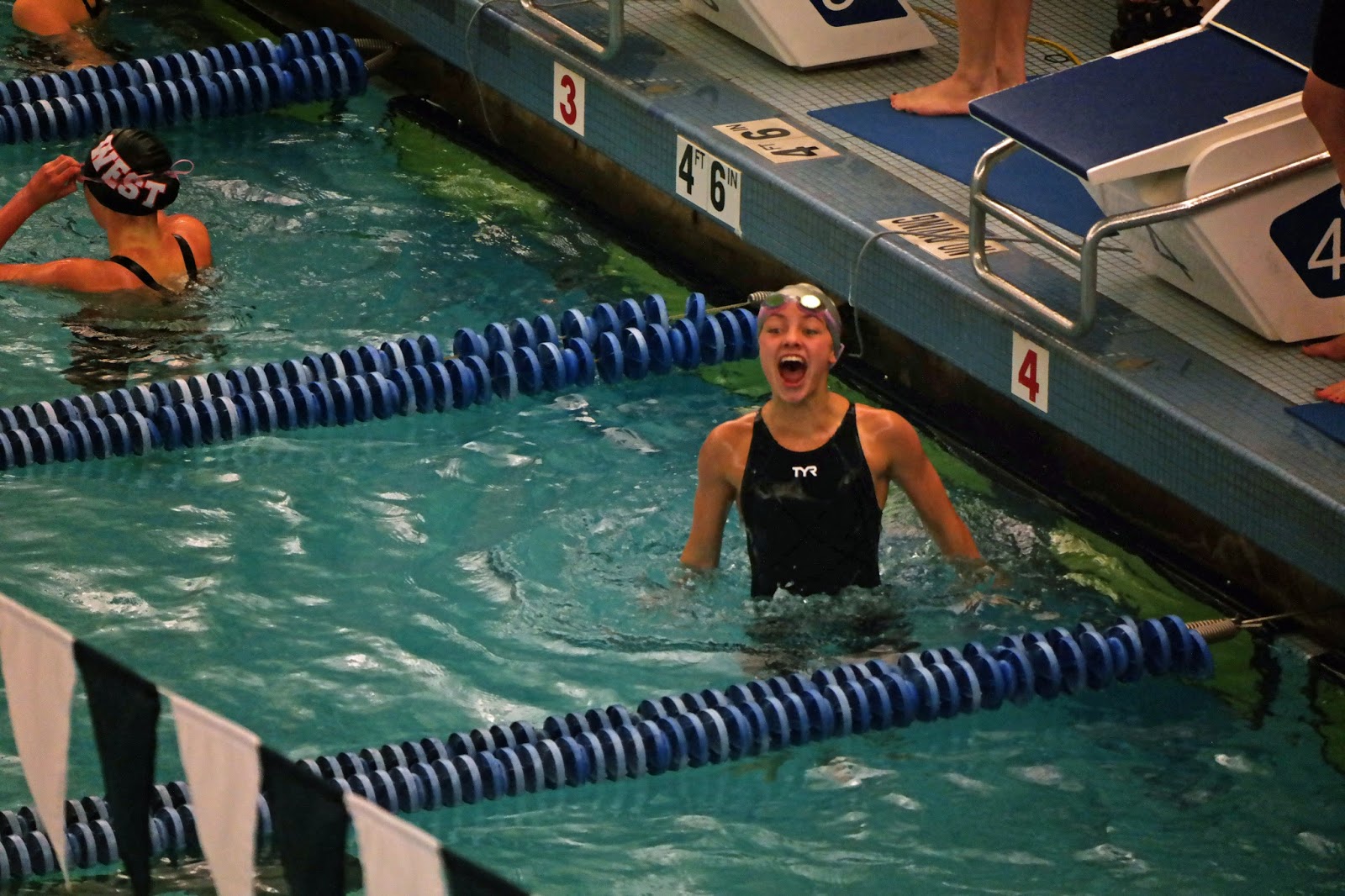 Gretchen's first individual event was the 200 free. She dropped 3 seconds and tied for 14th place. She was pretty excited with how she swam. 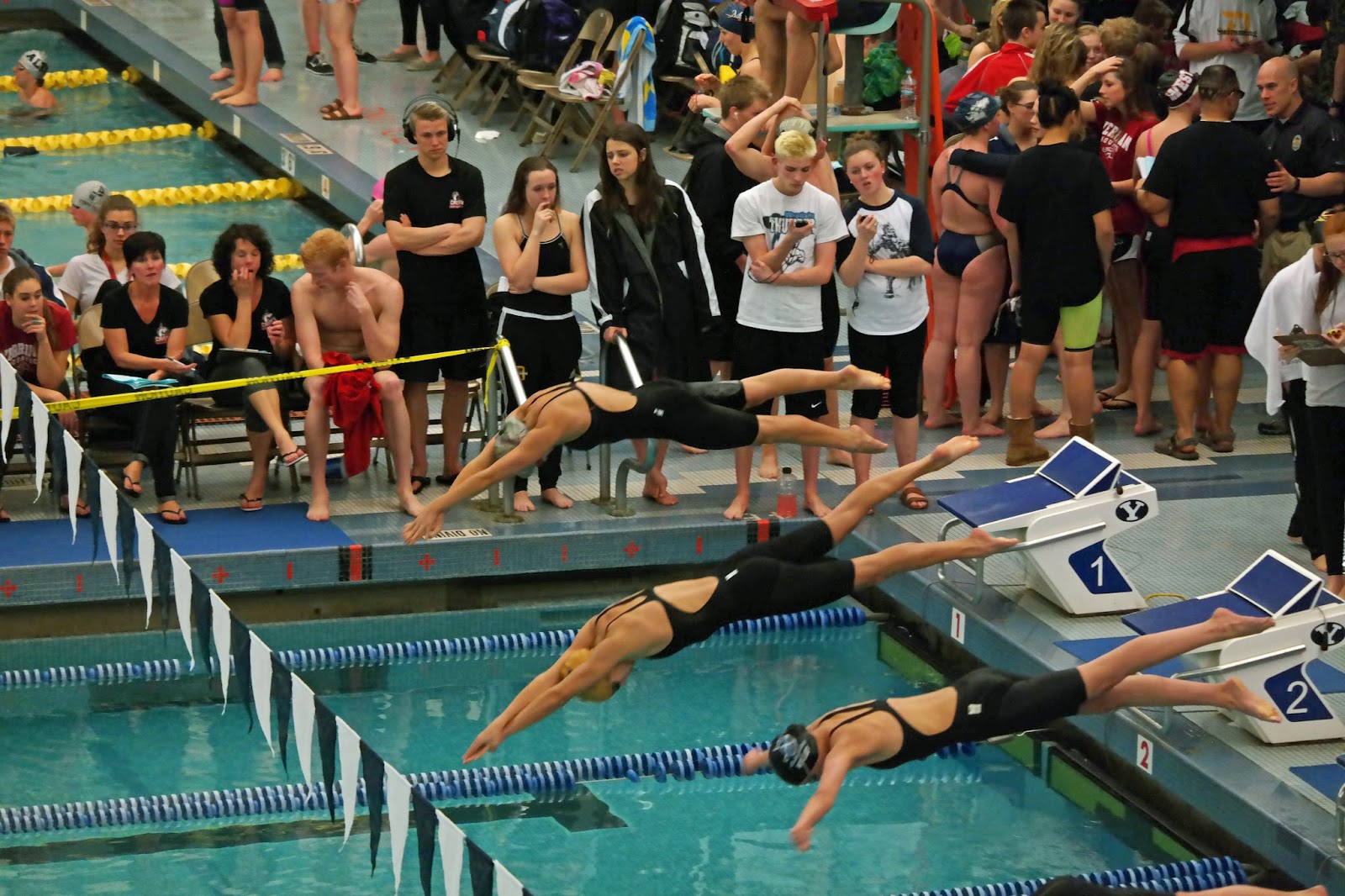 Sydney's first individual event was the 200 IM. She swam the best she has all year and ended up with 11th place. She is the diver in lane 1. 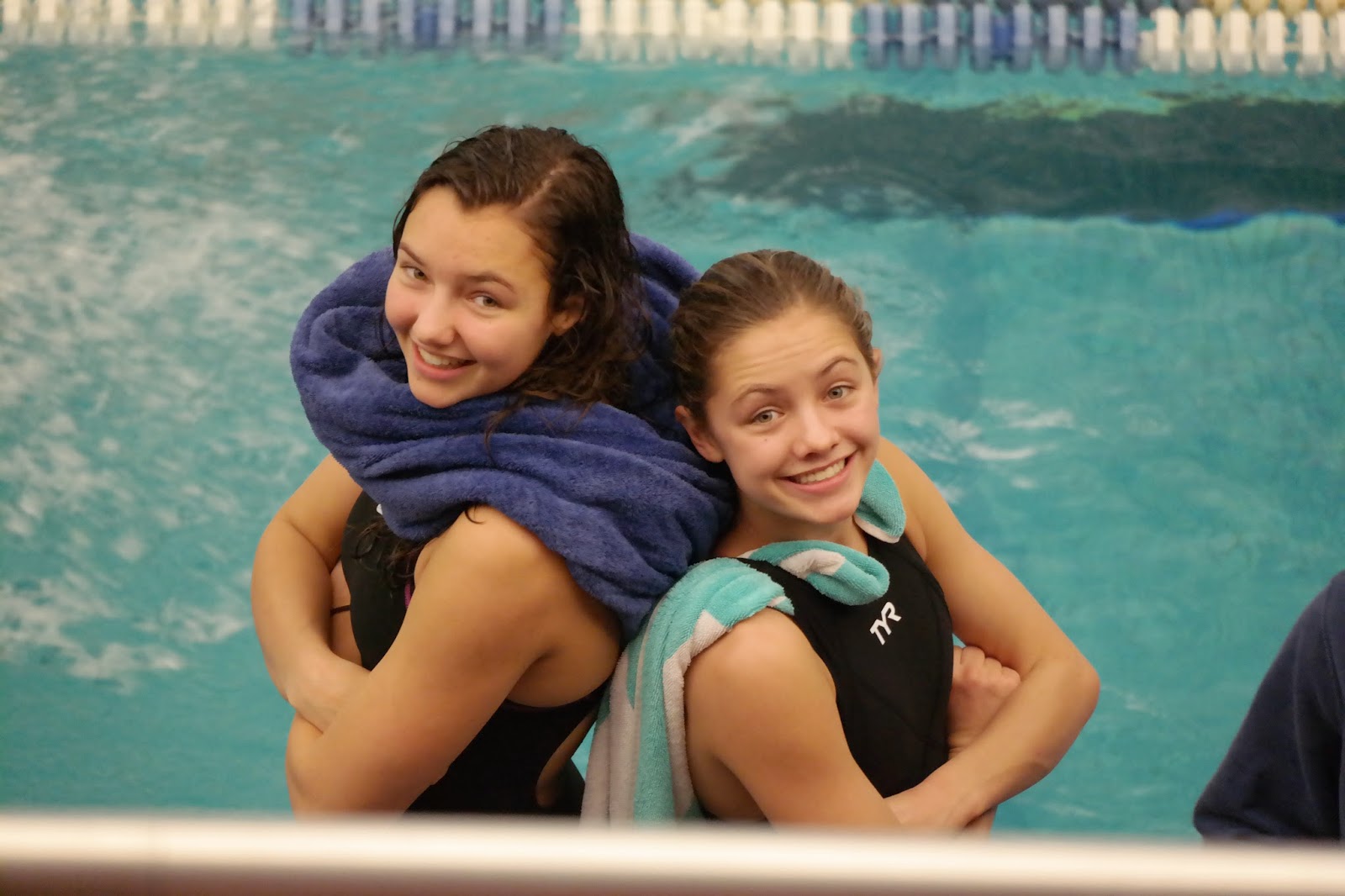 Happy posers at the end of day 1. 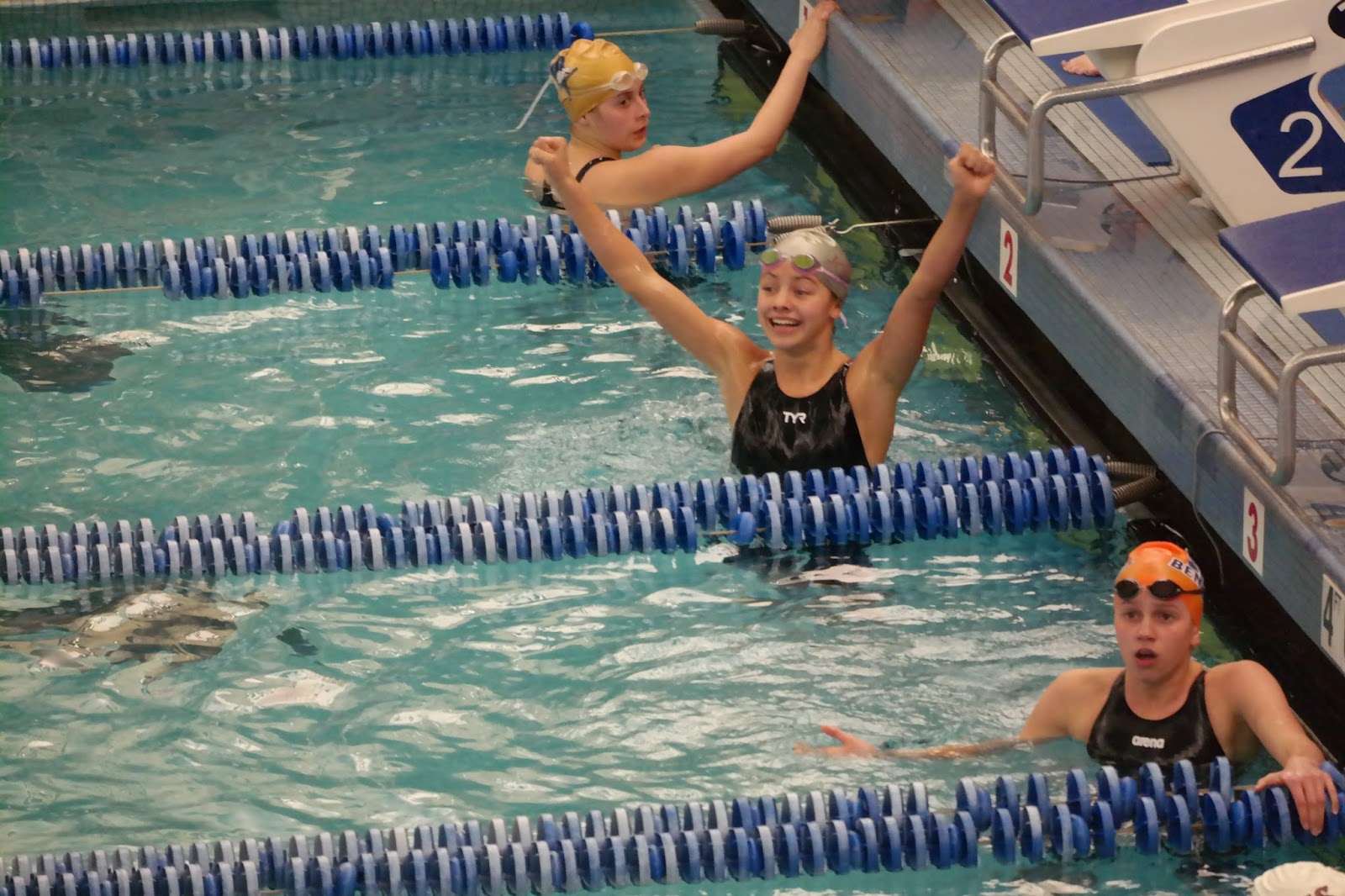 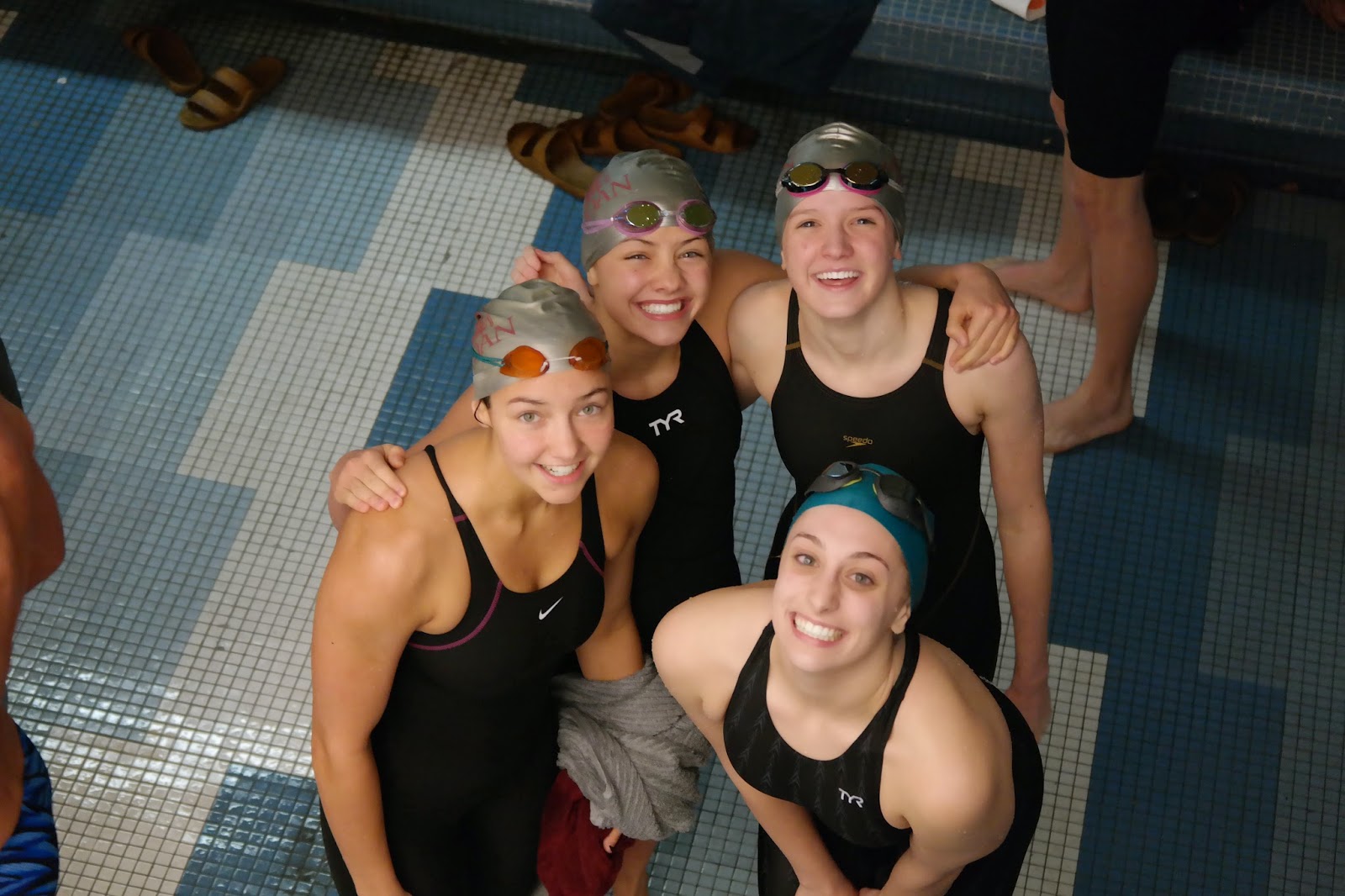 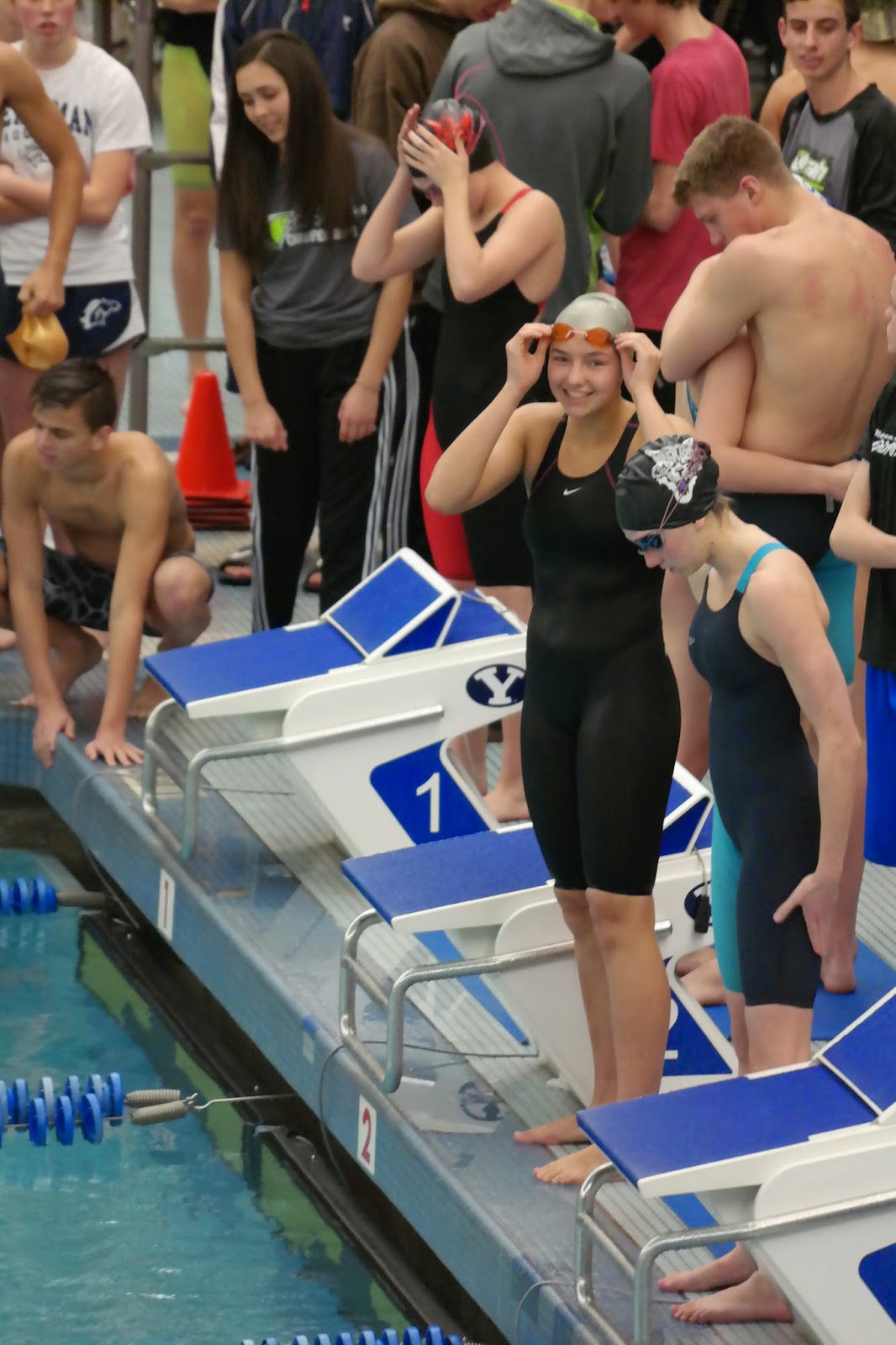 Sydney's second individual event was the 100 breaststroke. She rocked it, dropped time, came in 10th place (with a mention in the newspaper), and set a school record. 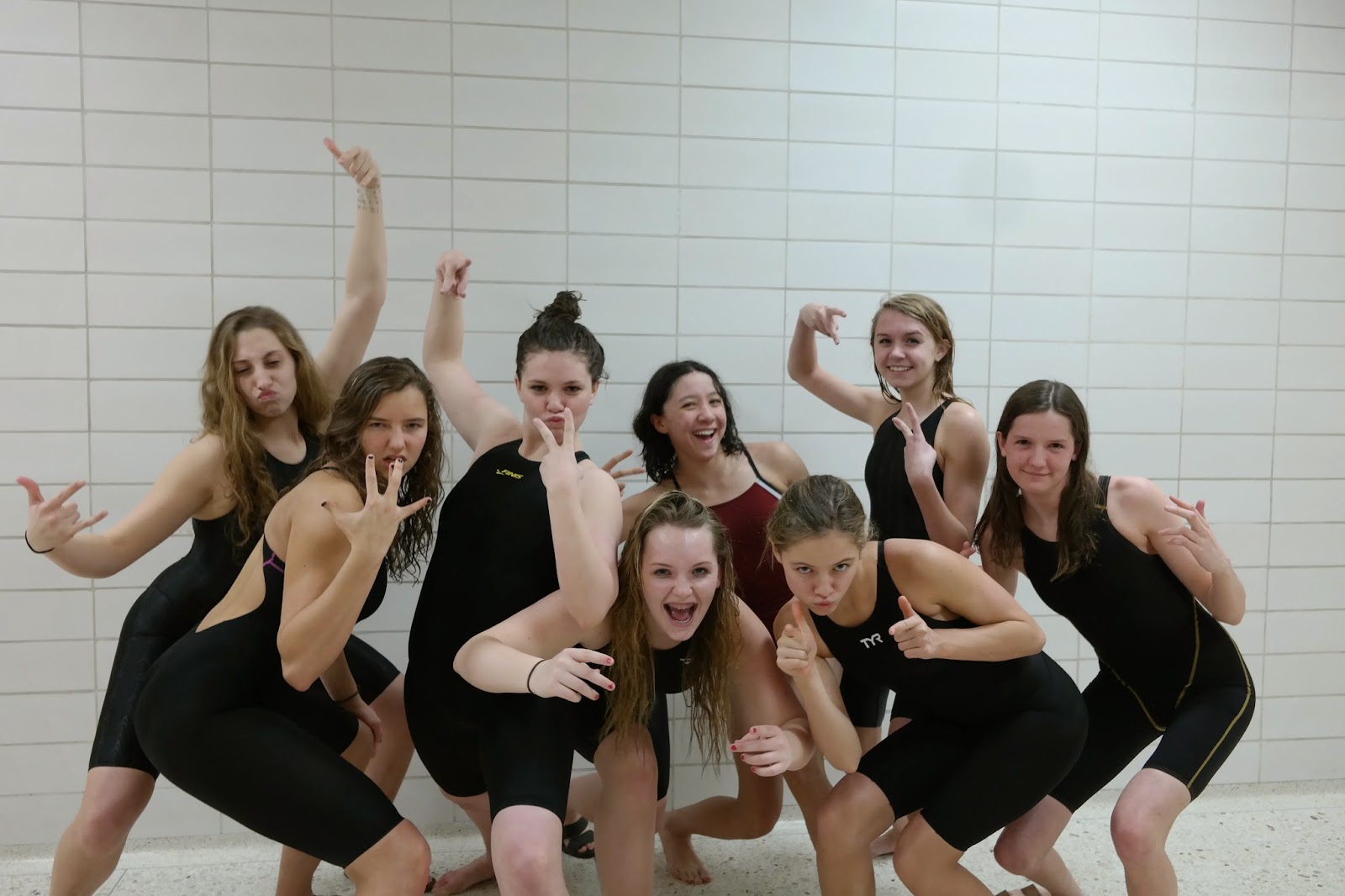 Now, in addition to the awesomeness of my girls, the other team members were equal in their awesomeness. School records were set in the women's 50 free, 500 free, 100 backstroke and the men's 100 breaststroke. 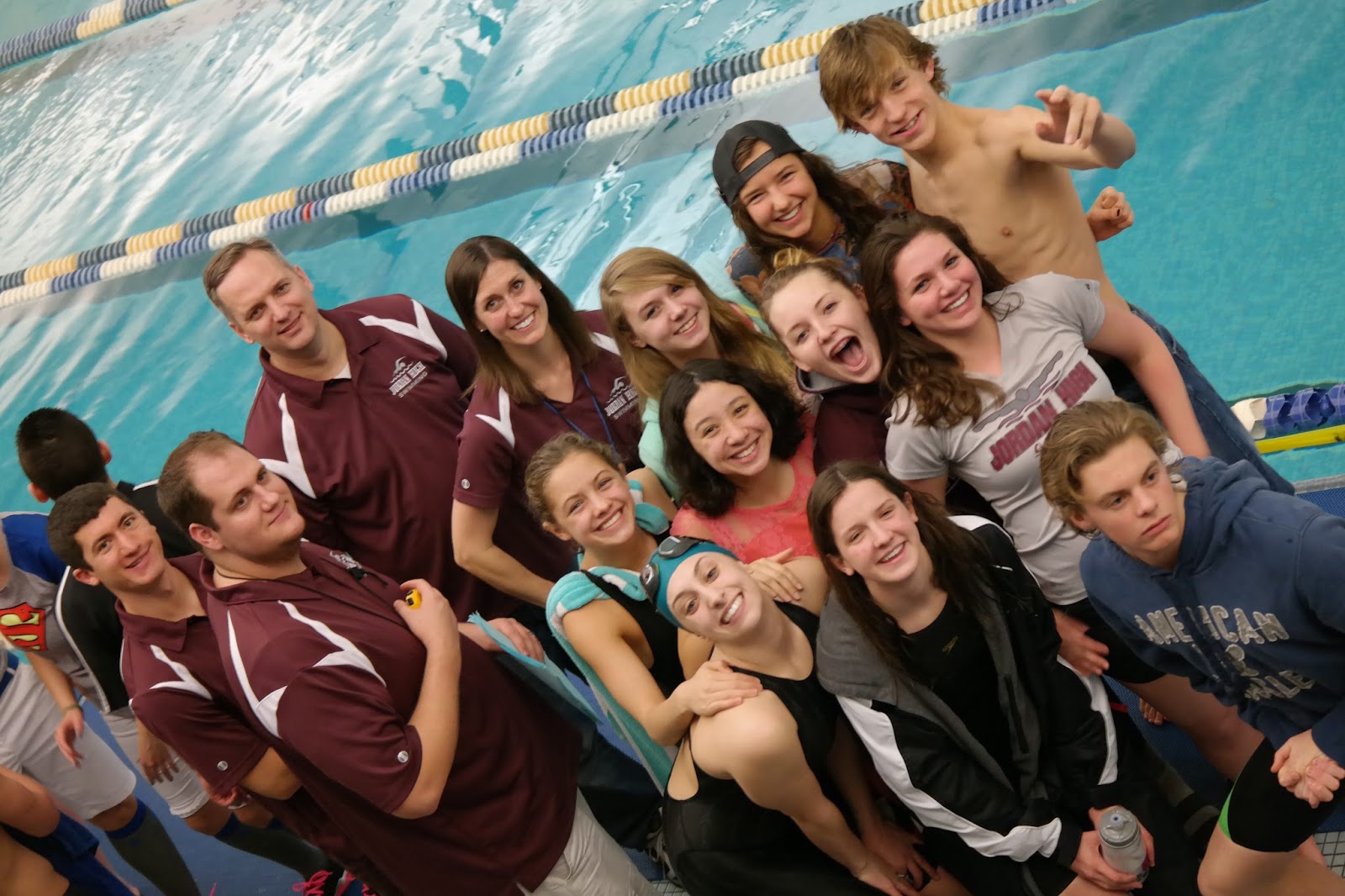 Here are all the awesome swimmers and their hard working coaches. These kids have earned a little time off and then they have to get back to work so I can watch another spectacular state swim meet next year! 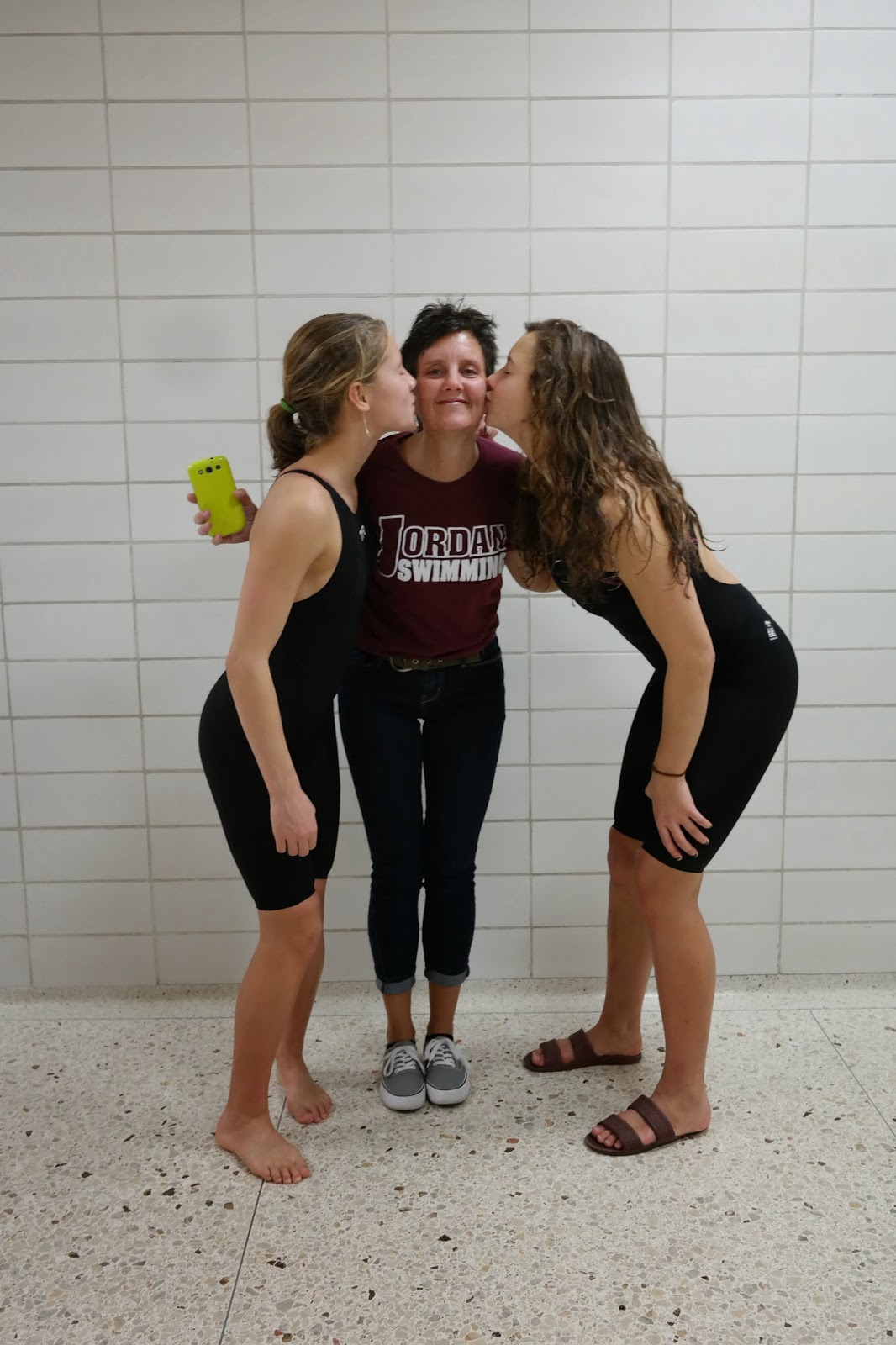 We're still here. I wish I could say my lack of blogging was due to an overwhelming amount of life going on but that's not quite true. While things are still charging full steam ahead, it's not overwhelming and I have managed to watch 20 episodes of Mr. Selfridge in my spare time. Time that really could have been put to better use. However, I enjoyed my tv time and now it's time to move on.

Today is the first day of the 5A state swim meet. Yippee! I'm super excited to watch Sydney and Gretchen swim. They both qualified for 2 individual events and 2 relays. They are on the same relays together so that makes it twice as nice. They have been working so hard for this. I hope they are able to do their best and be happy with whatever happens. They had good swims for the region meet Jan. 30 so it looks promising for today and tomorrow. 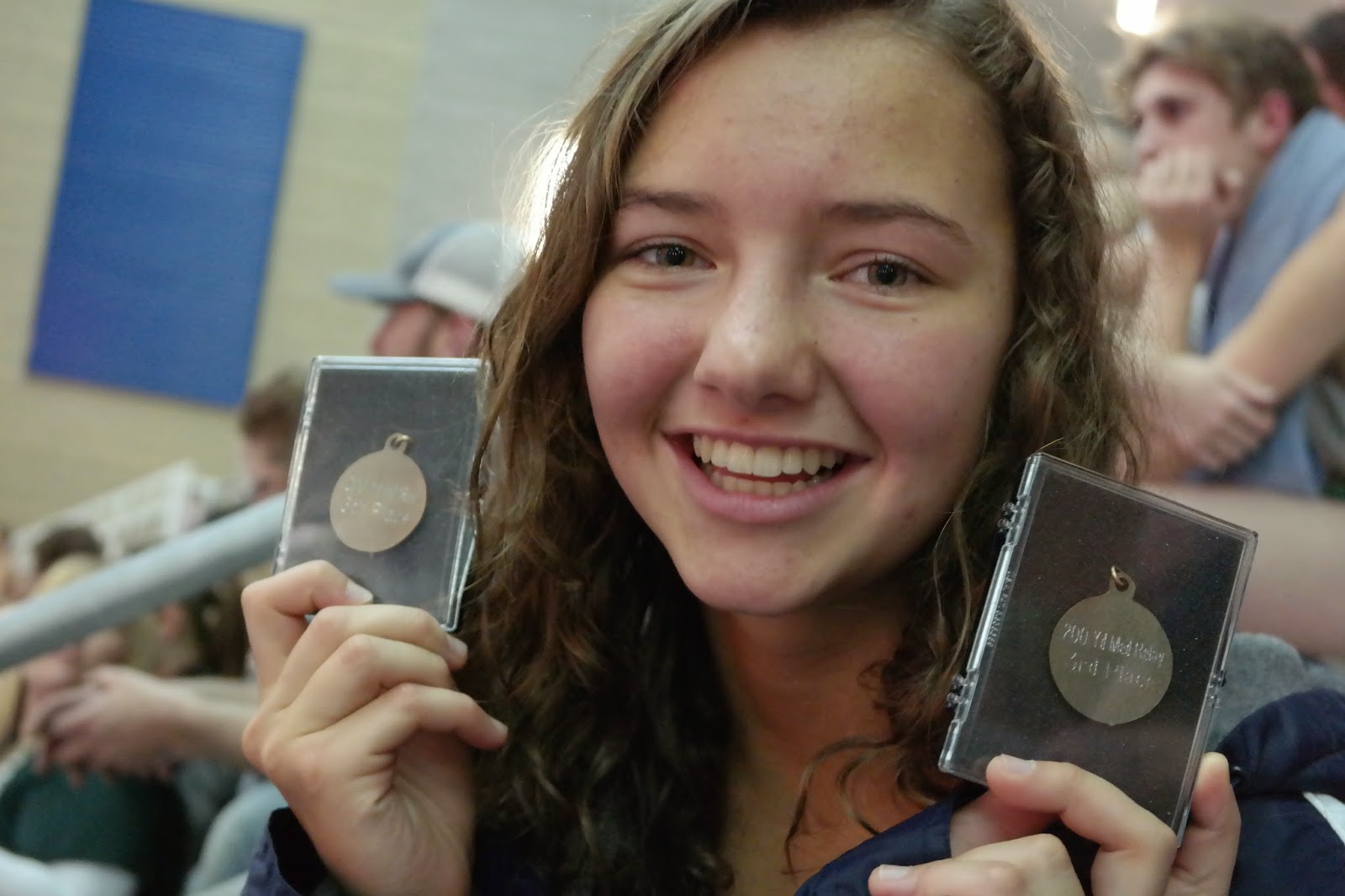 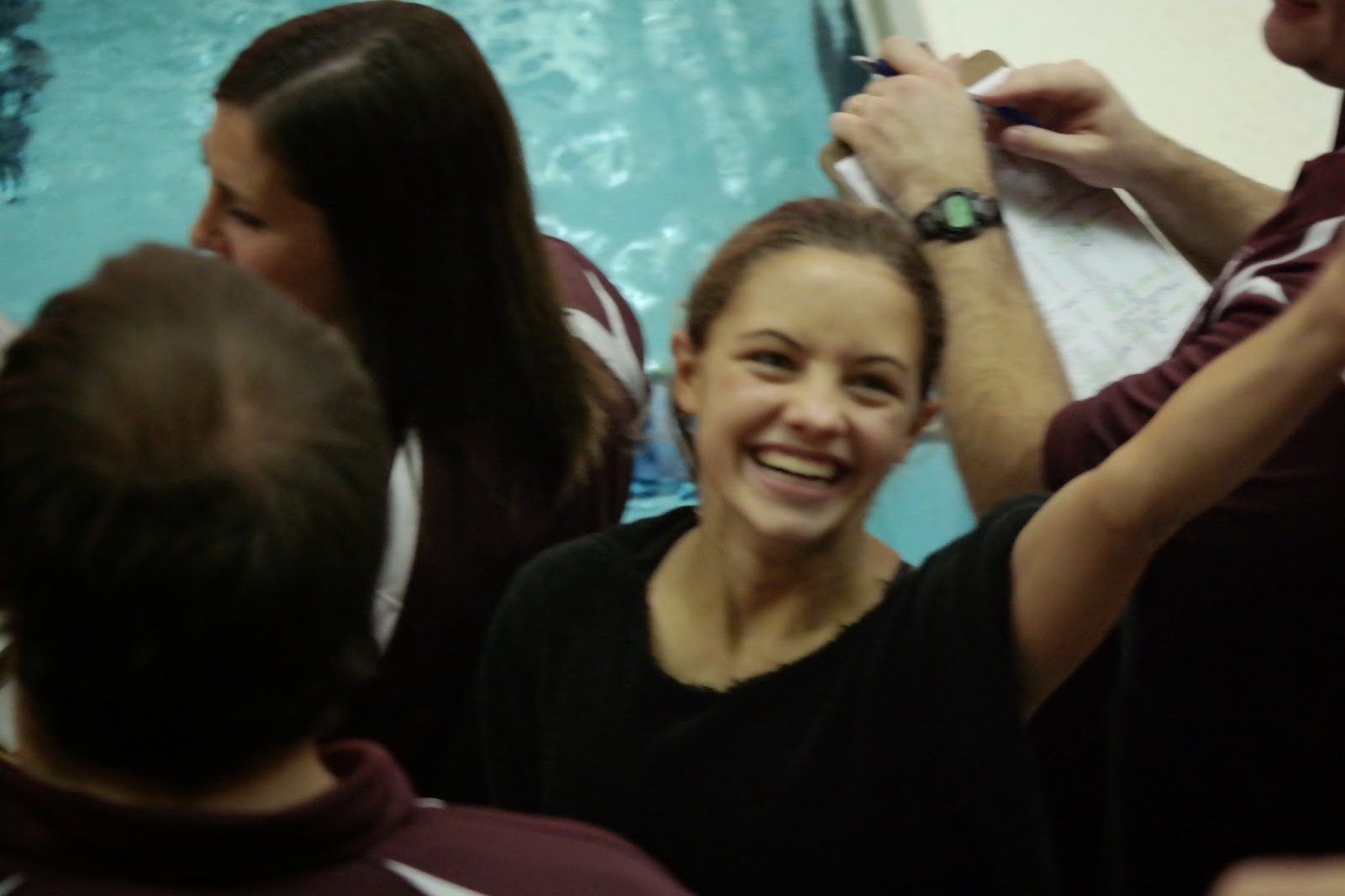 This guy turned 49 and was overjoyed to eat his triple chocolate birthday cake. It's the same cake every year and he's happy about that every year. 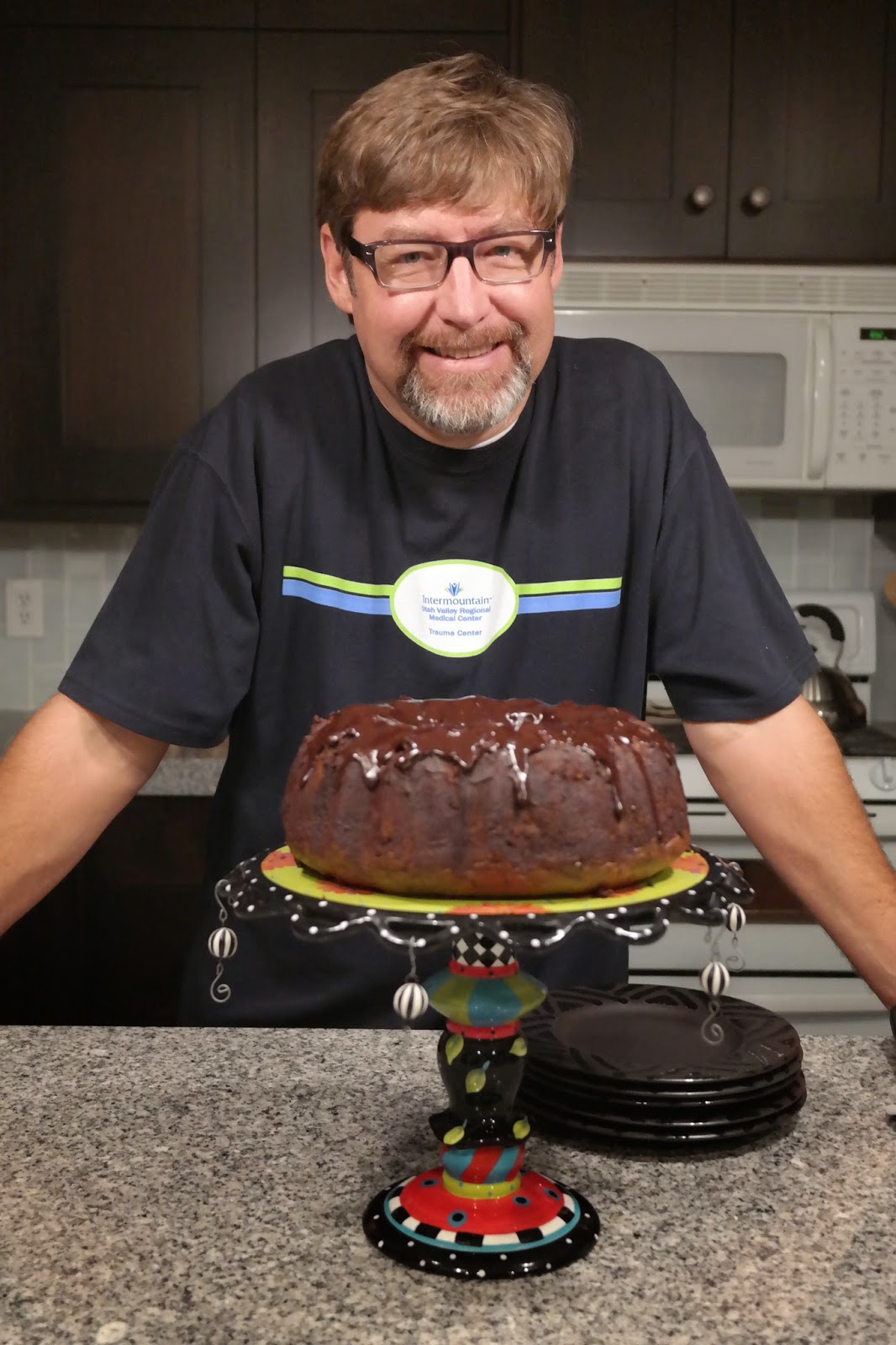 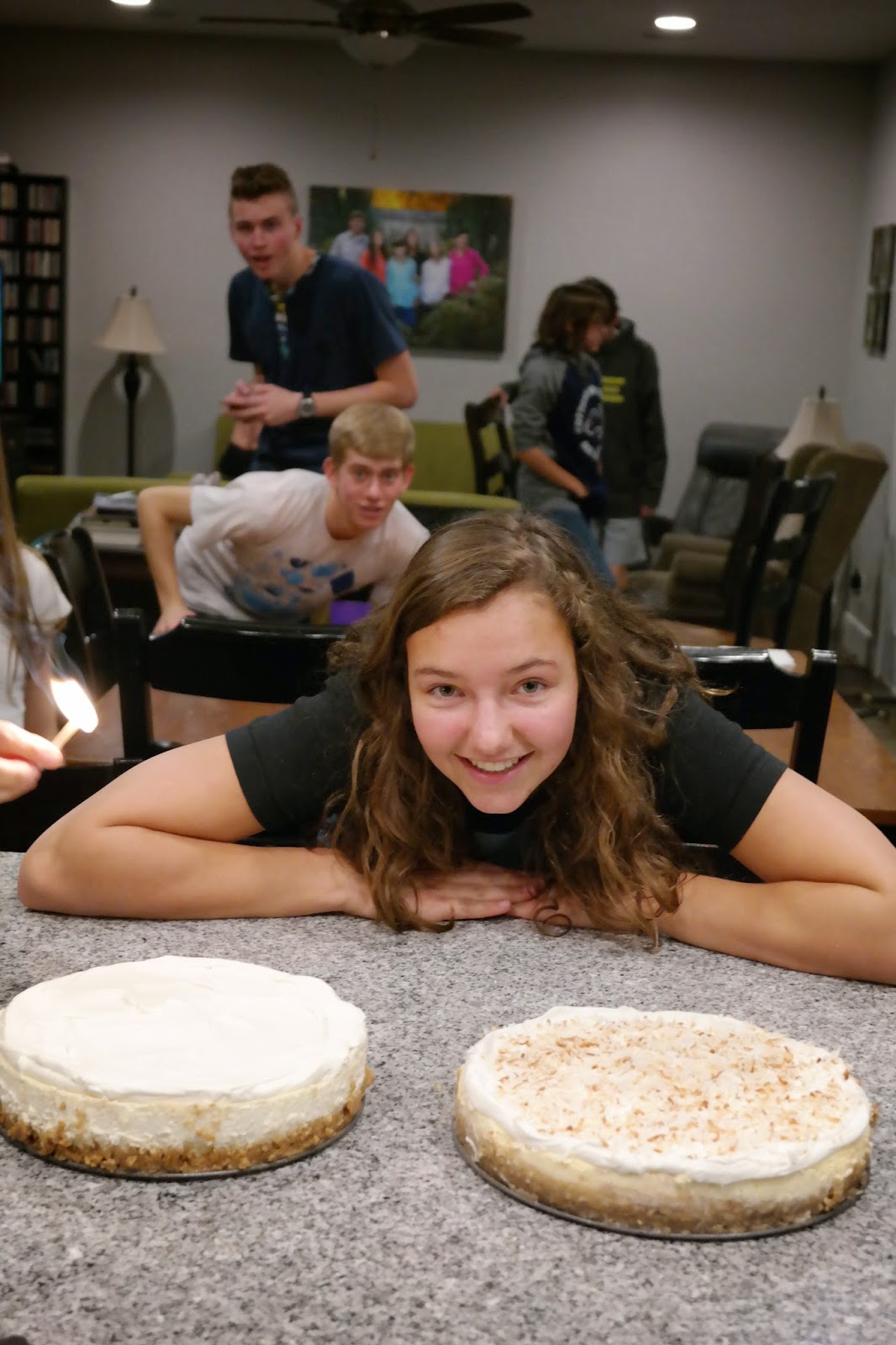 Can you pick out the birthday girl in this pic? She's the one who loves friends at USwirl and is missing the hardware in the next picture. 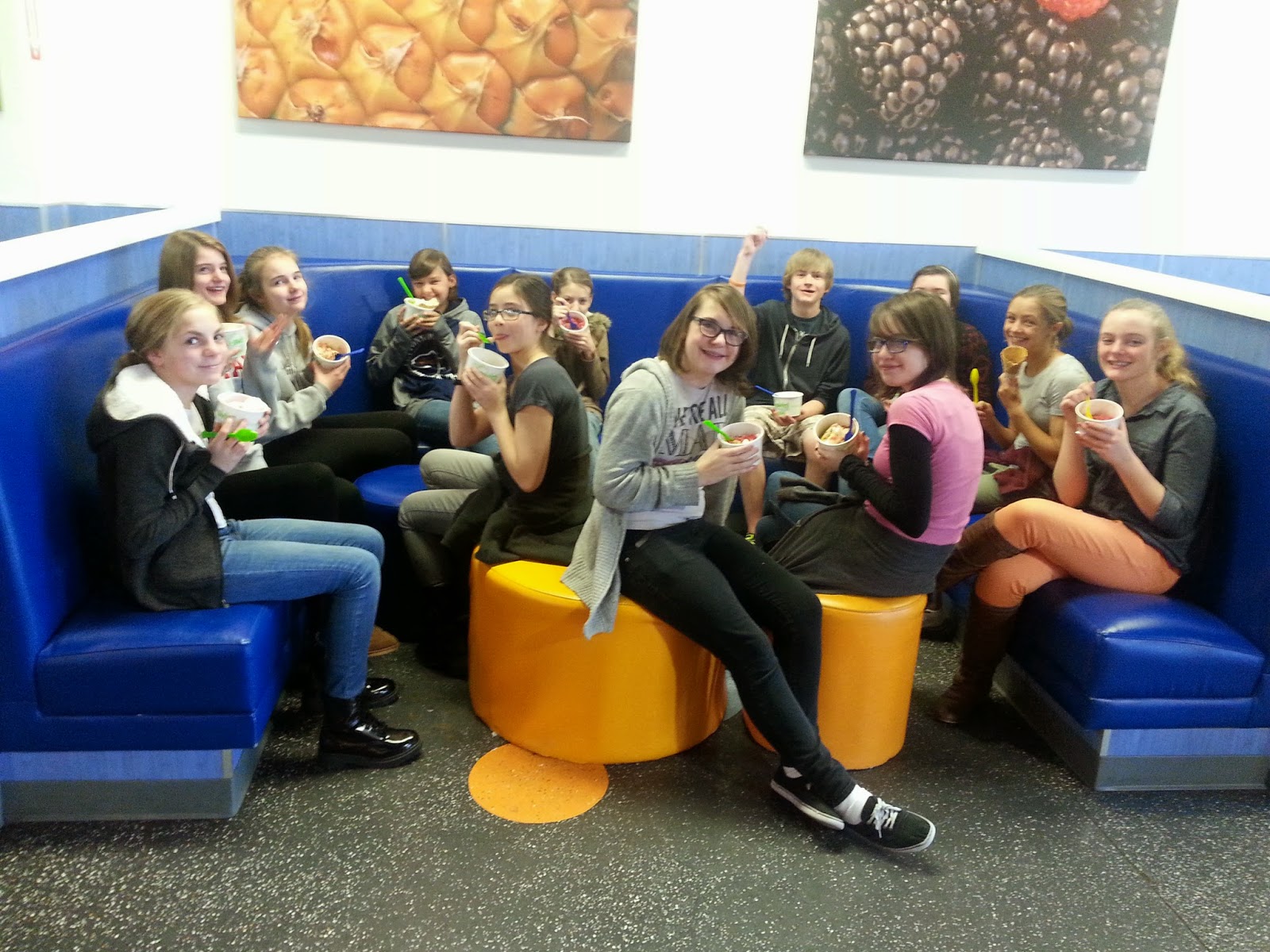 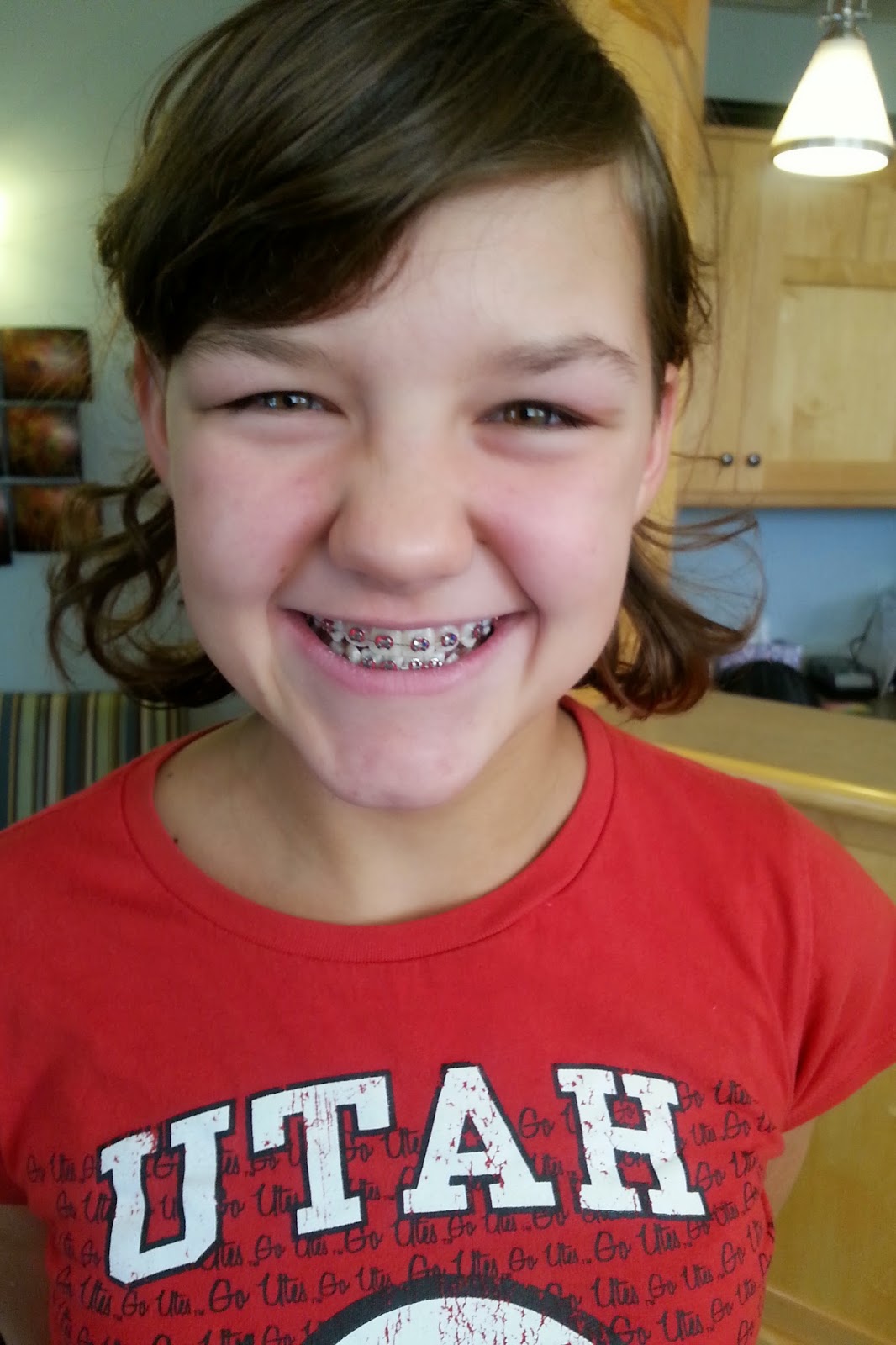 This picture is featured just because I'm not in any of the others and it was a supremely beautiful day at Snowbird while the Salt Lake valley was totally socked in with not even a hint of sun visible. 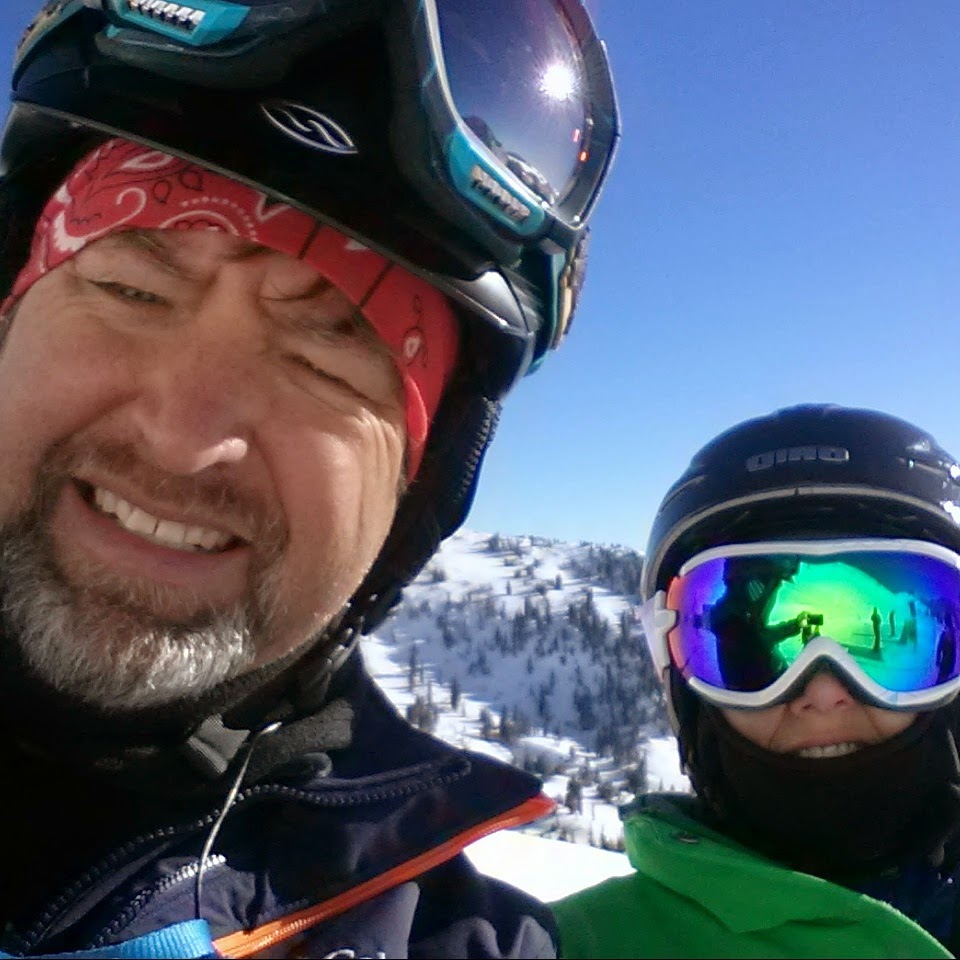 That's it for now. Hopefully I'll post some fabulous pictures of my state swimmers next week!
Posted by Denice at 11:55 AM No comments: